Although nationwide one-bedroom rents have nearly returned to their January 2017 mark of $1,016 — after a March low point of $1,003 — in certain cities, rent prices have been more volatile. 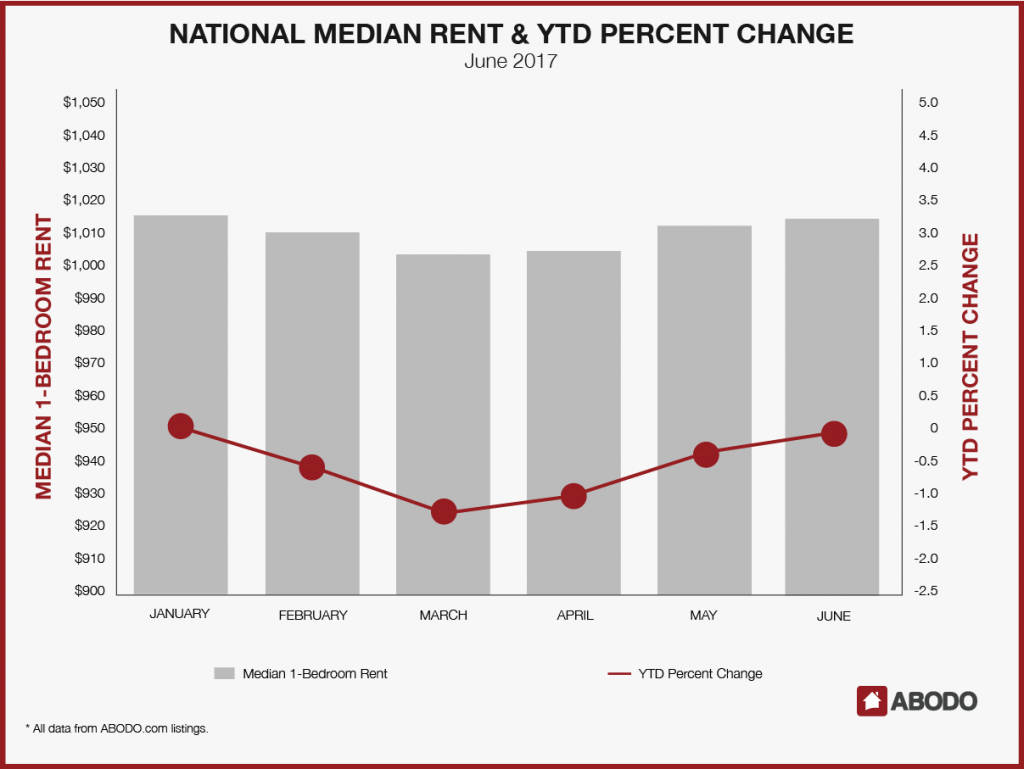 For the first time this year, New Orleans has fallen out of the nation’s top 10 for greatest rent rises. In its stead, Philadelphia, PA, leads the pack with an 11.7% increase — one of the largest rent hikes this year, second only to an 11.8% increase in NOLA for April 2017. 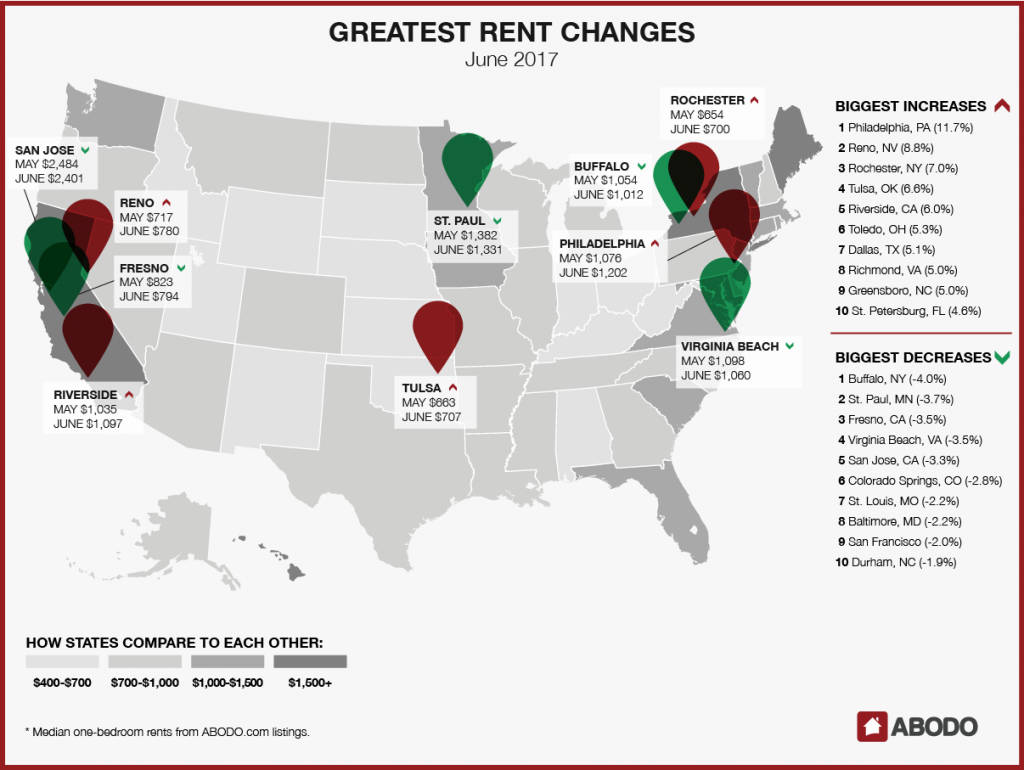 The substantial rise in Philly rents is surprising, since for much of the year, the City of Brotherly Love has seen only decreases in rent prices. Even after the 11.7% hike, Philadelphia’s rent is still down from its January high of $1,316, to $1,202. 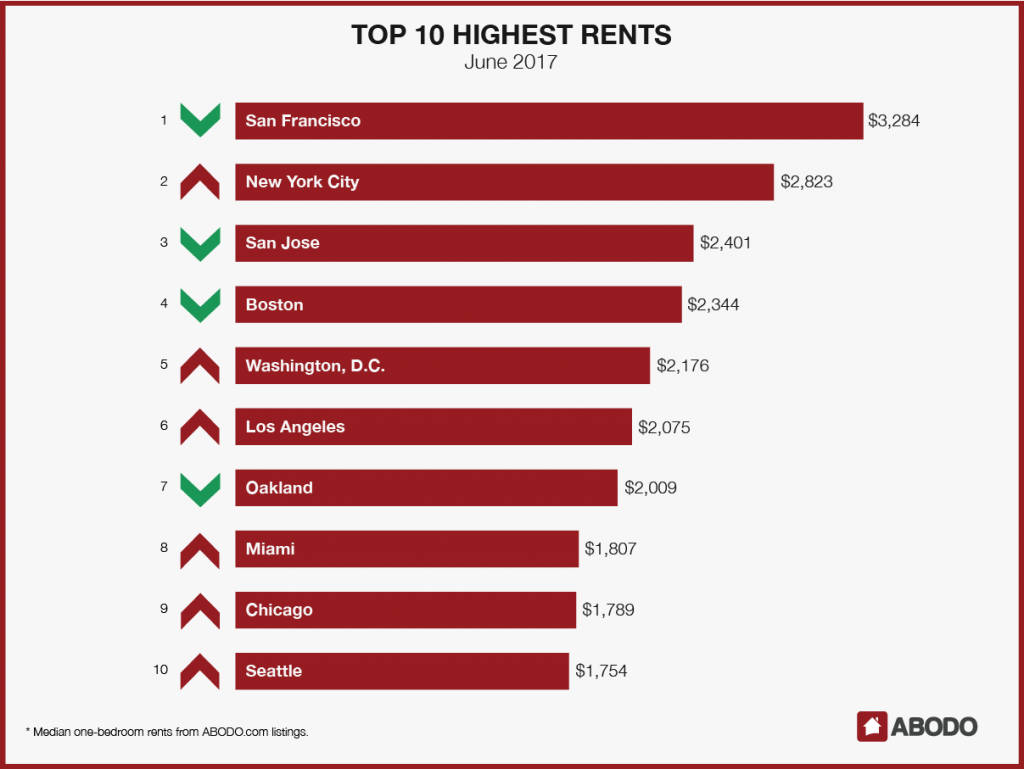 The other nine cities in our top 10 highest rents list also remain unchanged from May 2017, but Chicago rents are on a newly upward trend, now at $1,789, as are those in New York City, Washington D.C., Los Angeles, Miami, and Seattle. In fact, among these 10, only four cities saw a decrease in their rents, and three of those cities were in California (San Francisco, San Jose, and Oakland).