In more good news for renters, the nationwide median one-bedroom rent price decreased between July and August, from $1,016 to $1,013. 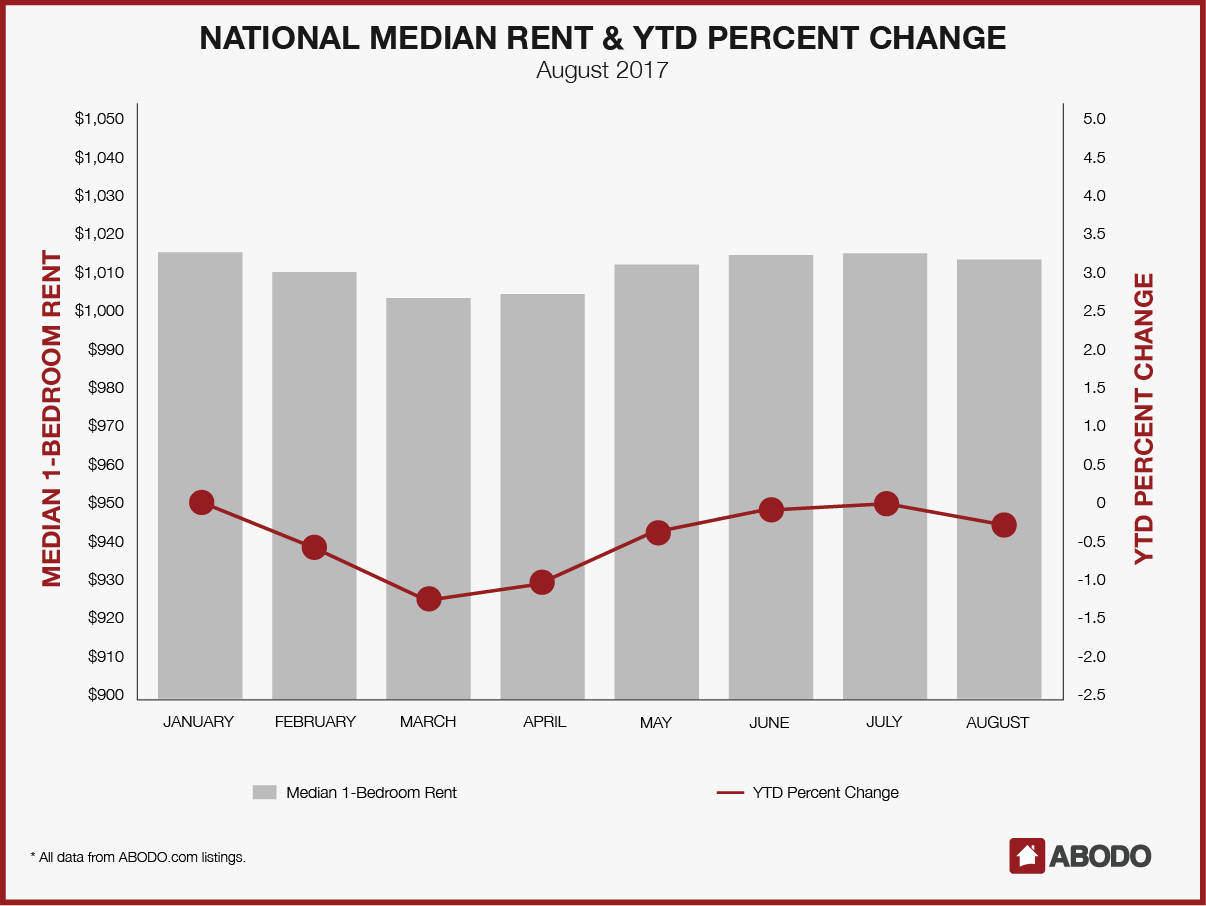 So far in 2017, that gives the nation a clean record of decreases outweighing increases. January still holds the year’s record for highest median rent (tied in July) at $1,016, decreasing .3% year to date.

Glendale, AZ, carries the team for this month’s rent report, seeing a 10.7% decrease in August over July’s one-bedroom rents, to $744. This marks the second consecutive month of having one of the largest drops in the country, following July’s 6.8% decrease. St. Paul, MN, and Buffalo, NY, are also entering their second month in the top three for largest decreases in the country, falling 8.7% and 4.8%, respectively. That means renters in St. Paul are seeing rents around $1,126, while Buffalo renters are looking at $849. 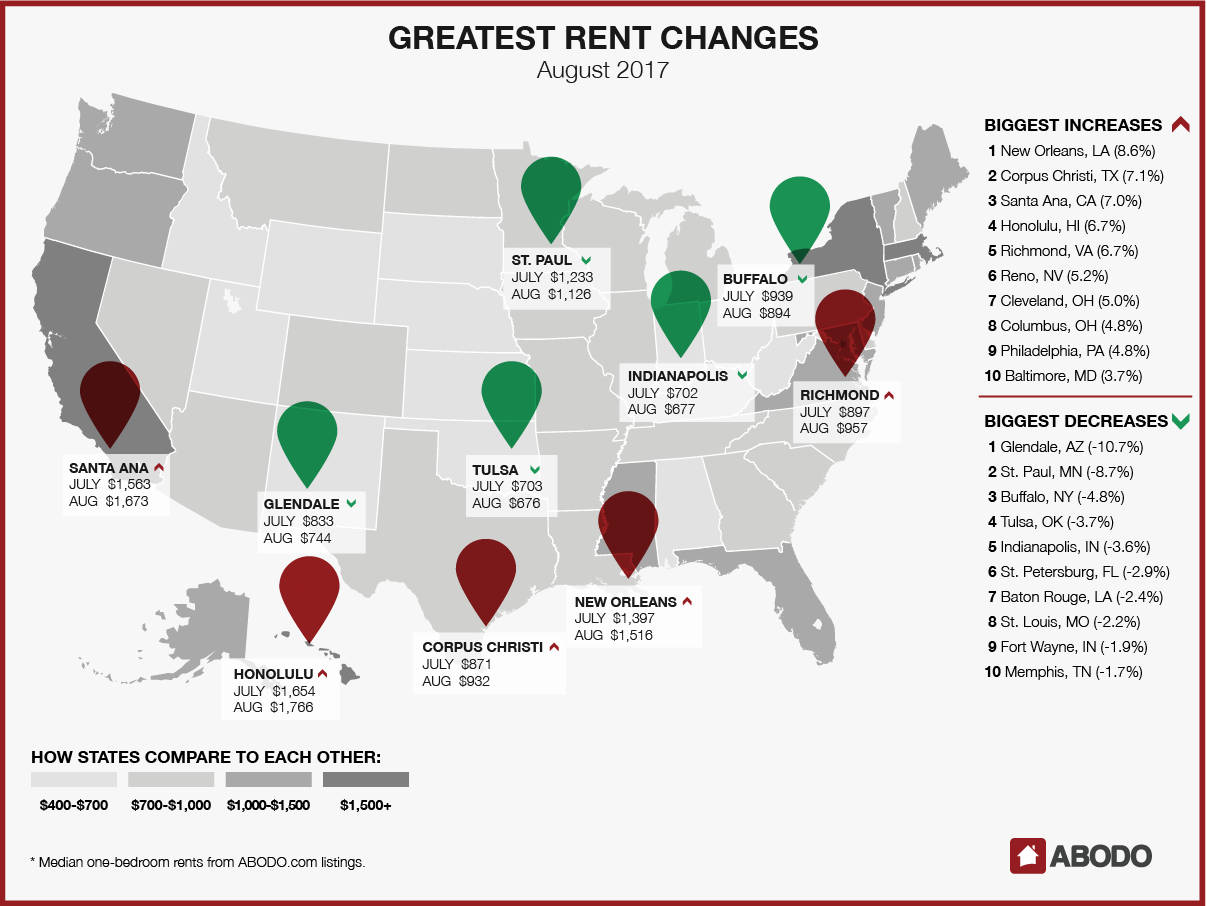 There’s also some continuity with our top 10 cities with the largest rent increases between July and August. New Orleans, LA, for example, is no stranger to topping Rentable’s rent reports. For August, the Big Easy saw rents rise 8.6%, breaking $1,500 for a one-bedroom and continuing a six-month streak of increases.

Honolulu, HI, hit #3 in July with an increase of 8%, and returns to the list at #4 in August for another 6.7% increase. For August, that means median one-bedroom rent is $1,766 — the tenth highest in the country. 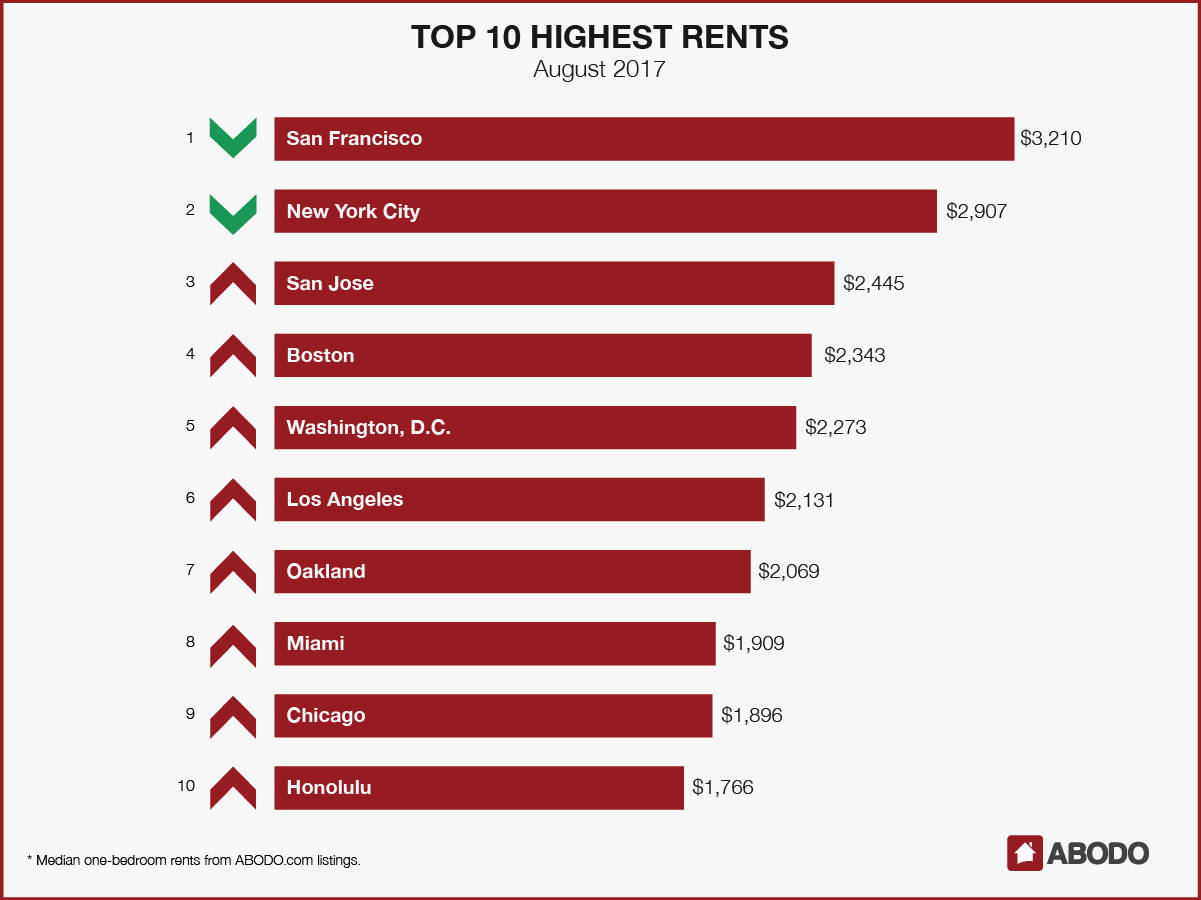 Honolulu bumped Seattle, WA, off the top 10 highest rents in the country, though Seattle is just $20 behind, at $1,746. Miami and Chicago also swapped places, but the list — as usual — remains largely unchanged. San Francisco, CA, is still firmly in the lead at $3,210, which is actually a slight decrease over July. NYC also dipped a bit to $2,907 for a one-bedroom, but every other city in our highest rents ranking is paying more in August than they were in July.