Rent prices nationwide rose throughout March — but only by about $2, or .2%, up to a median price of $1,005 for a one-bedroom apartment. The slight increase adds a hiccup to the overall year-to-date change, which was trending downward by 1.28% as of March. For April, national rents are down just 1.08% since January. 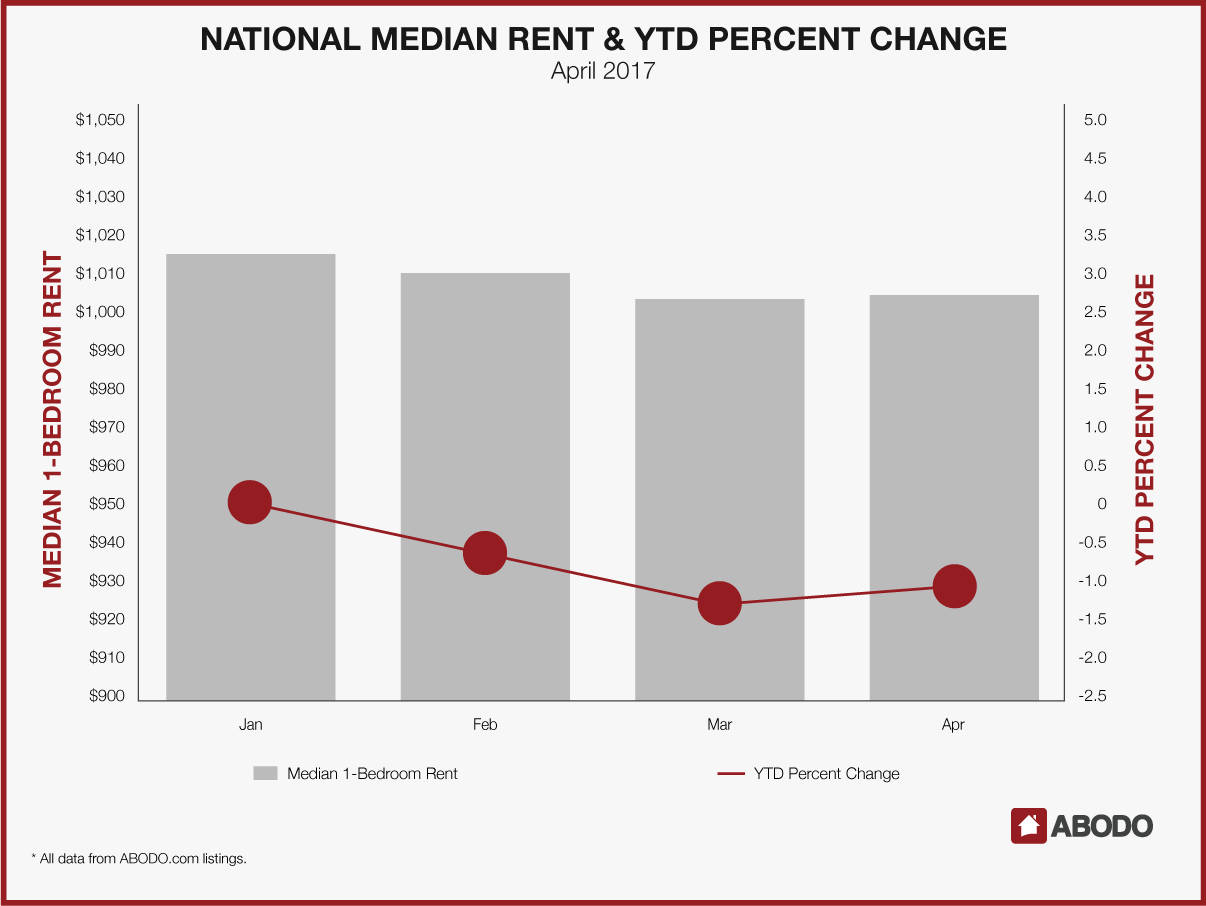 For New Orleans, LA, this marks the third straight month for having one of the 10 largest rent increases in the country — and for the past two months, the Big Easy has been in the No. 1 spot. In March, median one-bedroom rents rose nearly 12%, up to $1,180. But that’s not the only repeat appearance on the list. 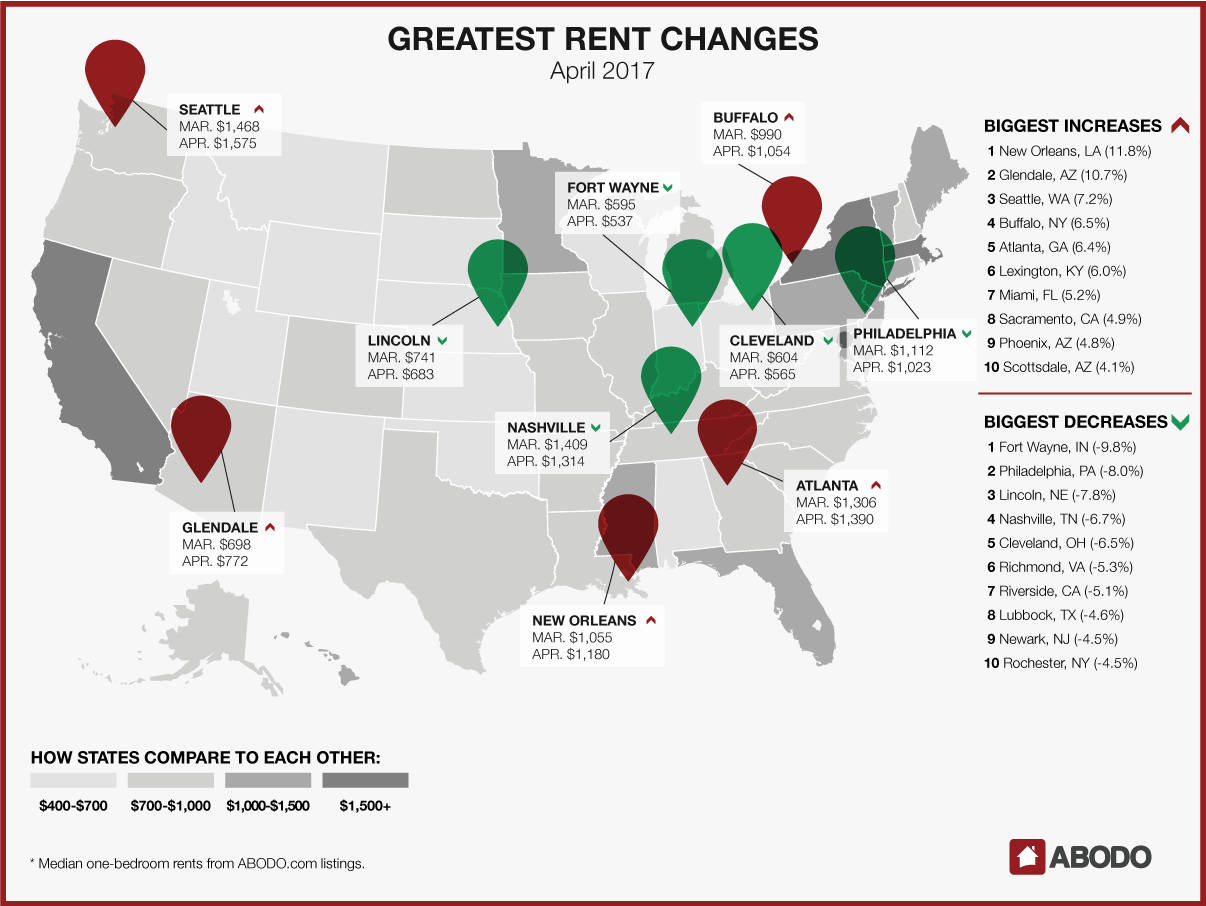 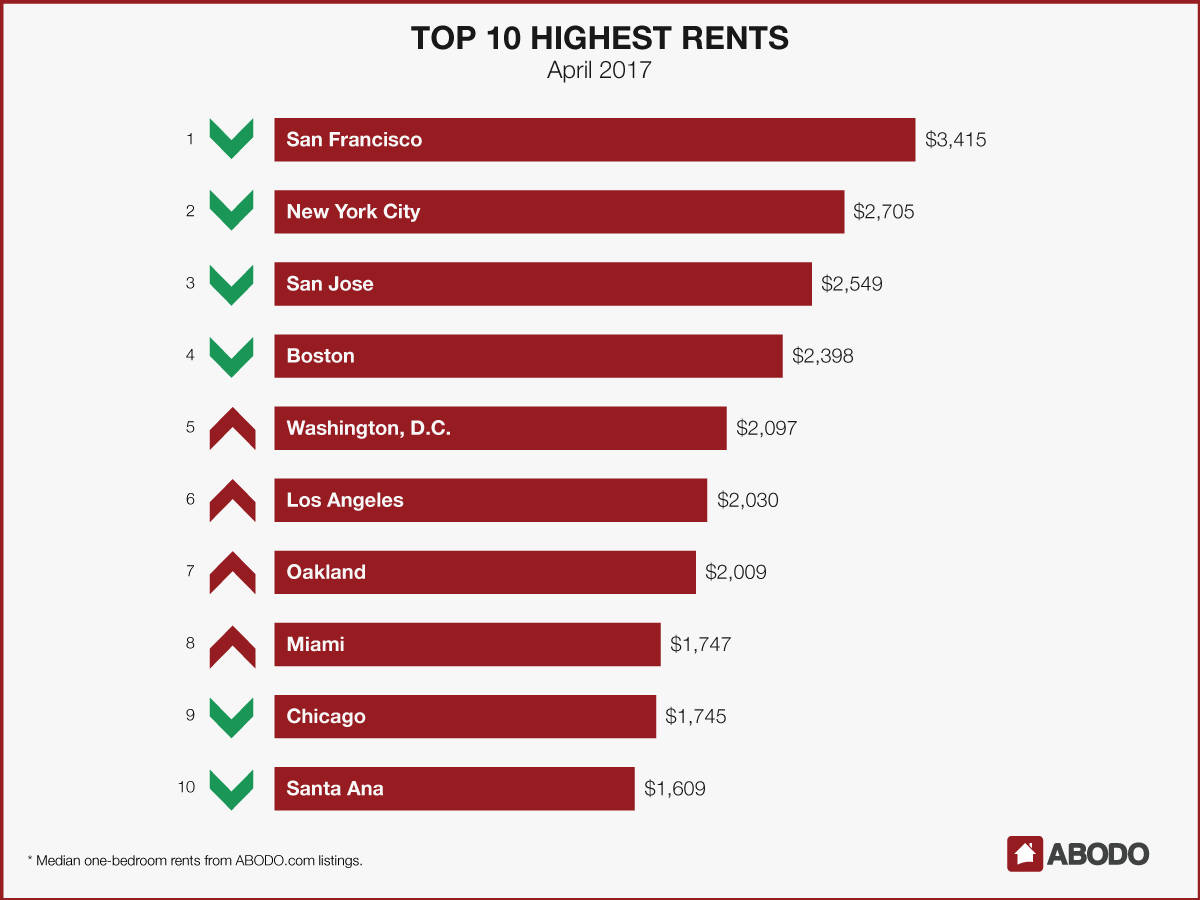 And the continuity… continues. For the cities with the most expensive rents, the list remains unchanged from March to April, save for Miami ($1,747) and Chicago ($1,745)  swapping positions. San Francisco dominates the list, with a median one-bedroom rent of $3,415, which is actually slightly down from its March number of $3,465.