September one-bedroom rents are up 8.27 percent for the year and moved 2.4 percent higher from August to September. Two-bedrooms have risen 6.87 percent yearly and tacked on 2.09 percent last month.

These are big numbers, so let’s analyze our September stats. 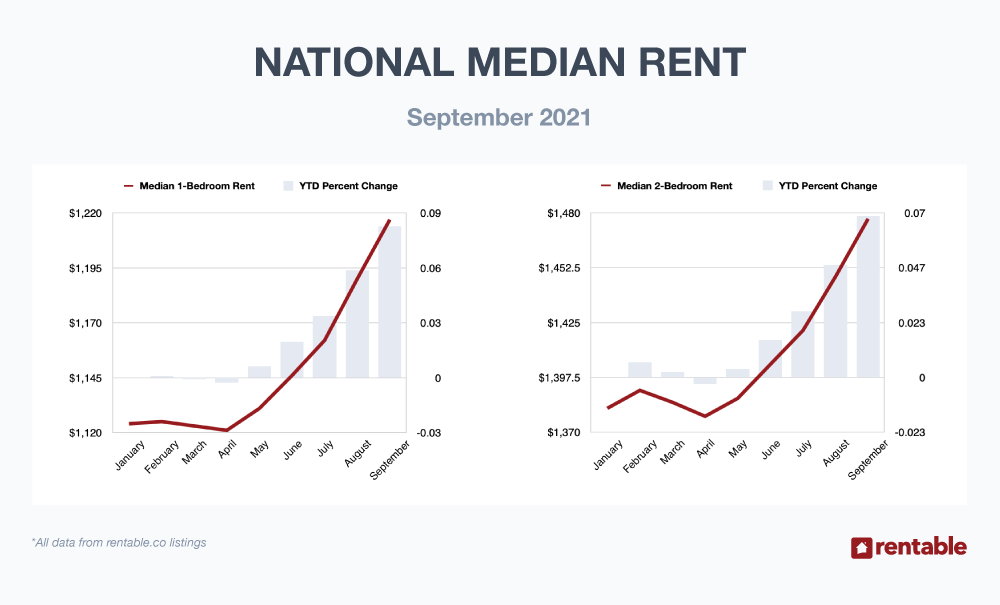 Our top-ten risers were strong as our number one gainer rose by double digits and our last place mover was up over 6 percent.

Price gains on our list following the above five cities were also robust.

The most expensive one-bedroom on our gainers list was Santa Ana, CA–for the third month in a row– at a median $2,325 while the most affordable was Savannah, GA at $1,285. No city on September’s top ten one-bedroom gainers list reported a median rent anywhere near $1000.

Norfolk, VA saw its one-bedroom median rent fall again with a loss of 10.74 percent on top of the city’s 6.92 percent tumble last month. Bakersfield, CA dropped 6.60 percent. Philadelphia, PA fell 3.59 percent propelling its two-month loss to over 10 percent. Dayton, OH took fourth place with a 3.01 percent loss. Buffalo, NY was next, but with a smaller 2.32 percent drop to $928.

Those looking for pure value should head to Dayton, OH where a median one-bedroom apartment rented for only $677. Philadelphia, PA was the priciest one-bedroom on our losers list at $1,235.

Again, in September, two-bedroom gainers reported a tiny spread of less than 2 percent between first and worst increasers. Our top ten losers did show a more pronounced difference between first and tenth place — about 3.5 percent.

Orlando, FL led the gainers with a big upward move of 6.66 percent to $1,665. Scottsdale, AZ placed second on our list rising 6.49 percent—another city that has added a combined 10 percent over the last two months. Fresno, CA rose a healthy 6.39 percent and Colorado Springs, CO gained 6.28 percent at a median $1,742.

San Francisco, CA made it onto the top ten two-bedroom gainer’s list as it gained 4.71 percent and continued its comeback after Covid-19 had negatively impacted the city’s rent structure.

Buffalo, NY reported the cheapest two-bedroom median rent on our gainers list at $1,429 while San Francisco took the prize for the priciest median rent, crossing the $4,000 again mark at $4,179. 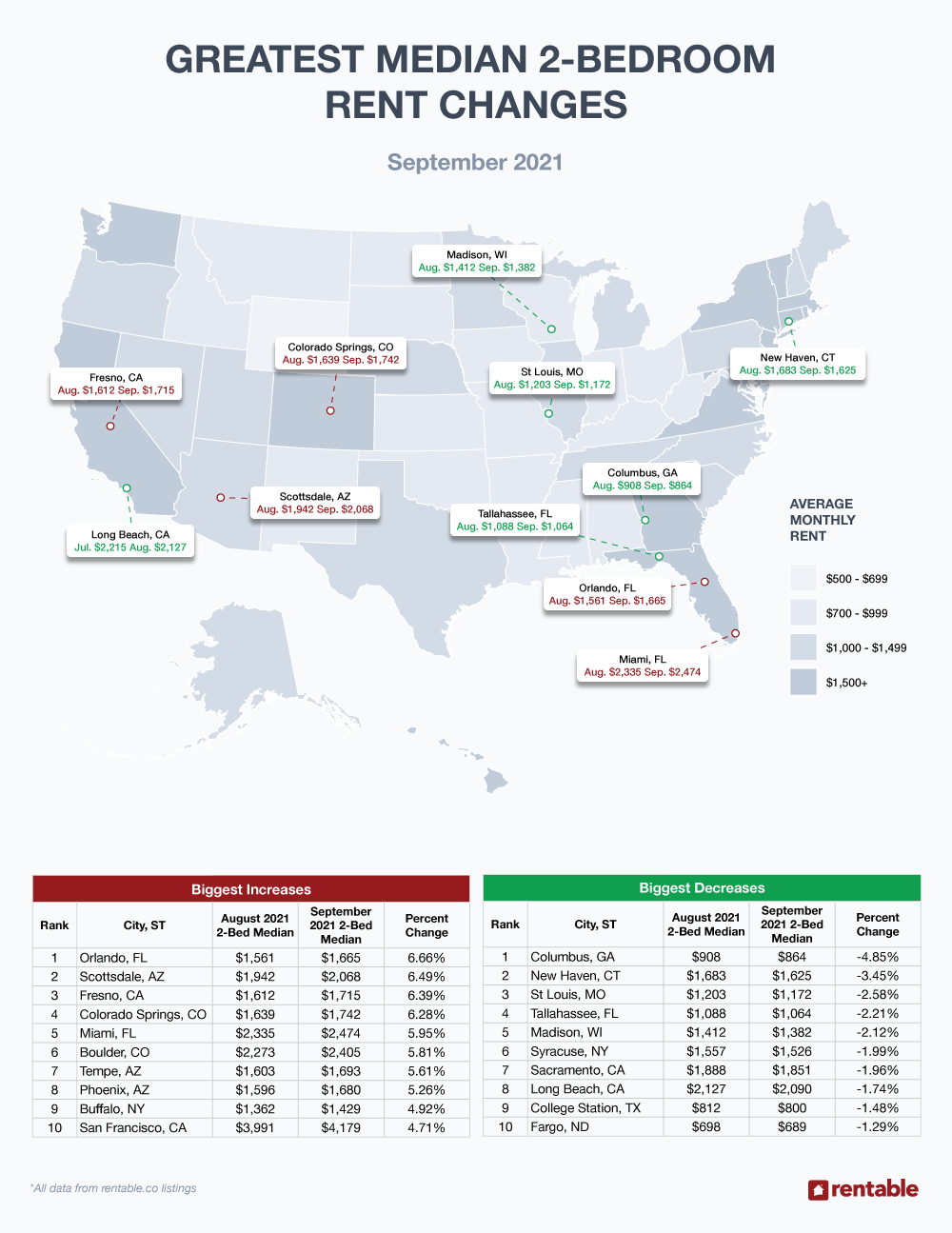 Fargo, ND was a great two-bedroom value at only $689, and Long Beach, CA was again–as in August– the most expensive two-bedroom at $2,090.

The United States currently exists in the strange world of fully open schools and businesses while at the same time burdened with record Covid-19 cases. Previous predictions of a sense of normalcy by the fall of 2021 have gone out the window with experts now claiming that maybe spring of 2022 will bring some pandemic relief.

Inflation is a big concern, and there are rumblings about Fed easing and rising interest rates in the future. Evictions may begin in earnest as consumer protections are expiring.

Meanwhile, rents are skyrocketing. There are fewer rental units available, and landlords stung by eviction restrictions are looking to recoup past lost rent. Add that to the red-hot housing market fueled by low supply and high demand and we have the recipe for continued sharp rent increases.

We don’t see rent prices coming down anytime soon, and we certainly don’t see a sustained drop in the near future.