After falling through the first quarter, the national median rent has stabilized in recent months, climbing in September to its highest point of 2017: $1,018. 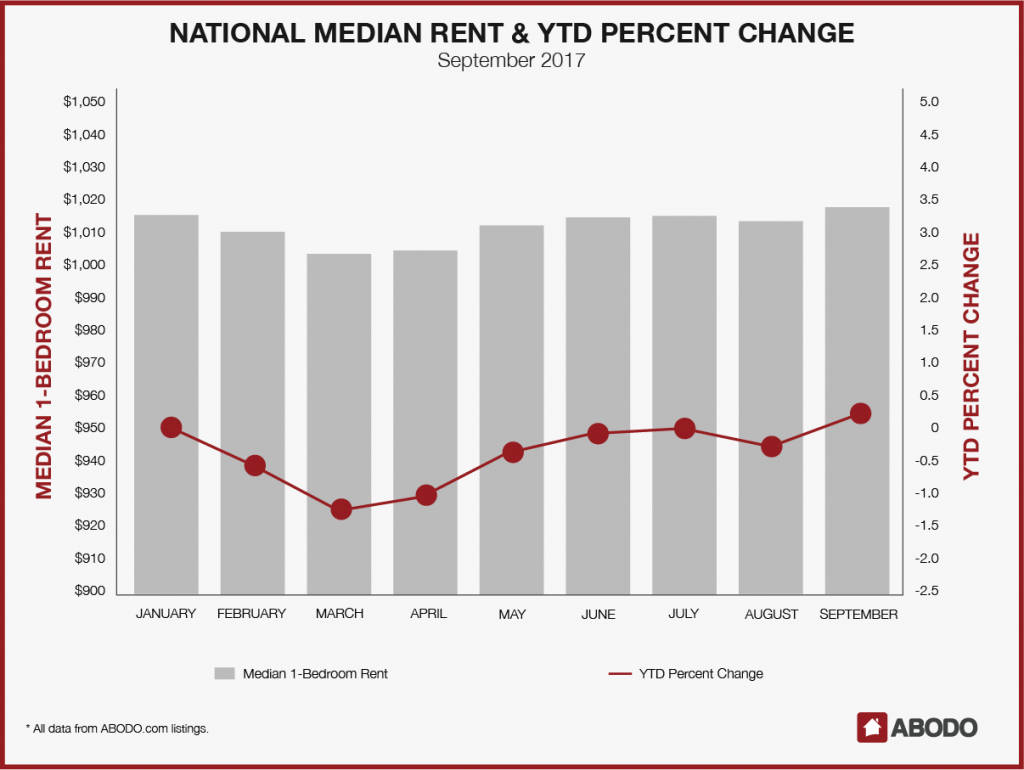 That means that the national median rent has increased .2% over the course of the year from January’s mark of $1,016. 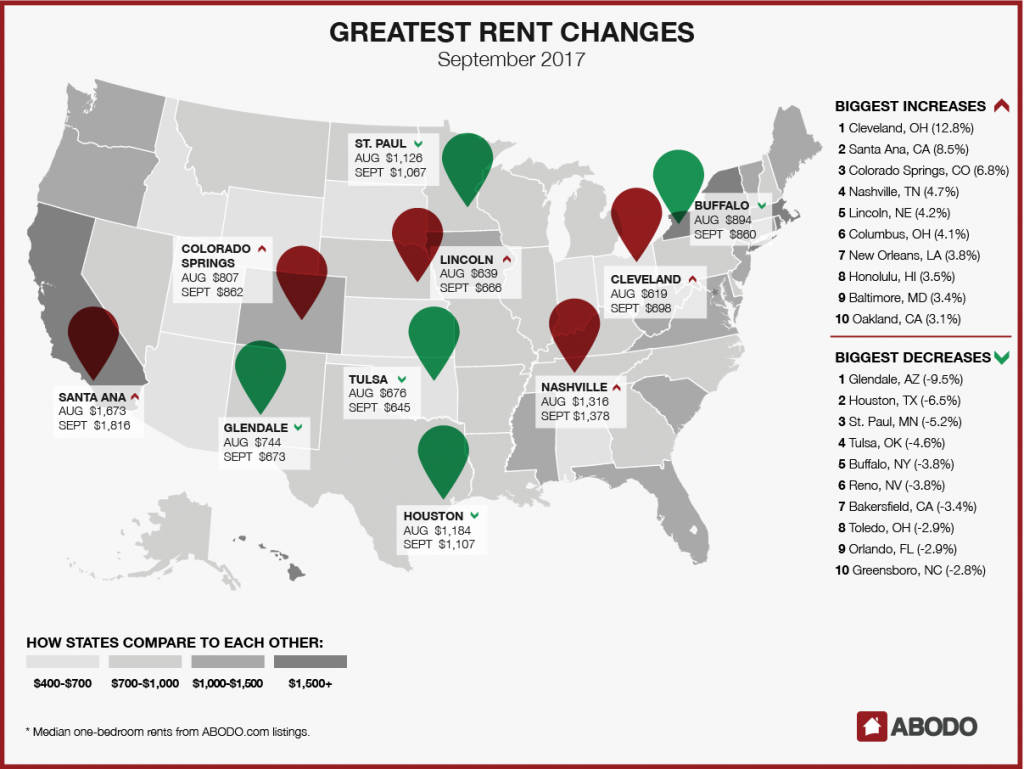 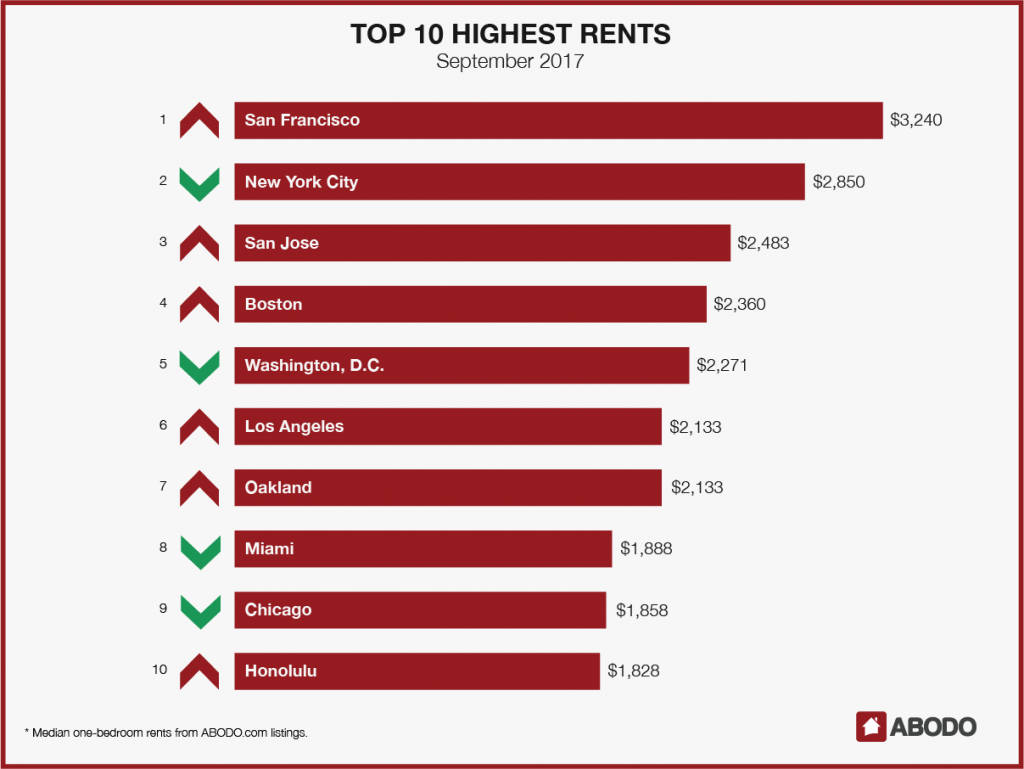 The list of the nation’s highest rents is identical to last month’s list. San Francisco, CA, still leads the way, with a one-bedroom median rent of $3,240, up $30 from August’s report. New York City, NY, saw rents drop $57 but still comes in at #2 on the list, with a median rent of $2,850. And San Jose, CA, where rents increased to $2,483, retains its place at #3. Of the remaining seven cities with the highest rents, four saw increases over the month of August.