Looking at the arc of rent prices in 2016, monthly rent prices started from a year low in January, peaked in September and then slowly jogged their way back down for the remainder of the year.

Although 2017 is far from over, we’re already significantly deviating from last year’s trends. January marked the year’s highest median rent until July tied it, at $1,016 for a one-bedroom apartment. September rents were higher — at $1,018 — but October is higher yet.

Going into October, renters can expect to pay $1,020 for their one-bedroom, which (thanks to a series of spring and summer decreases) is just a .39% increase year to date. 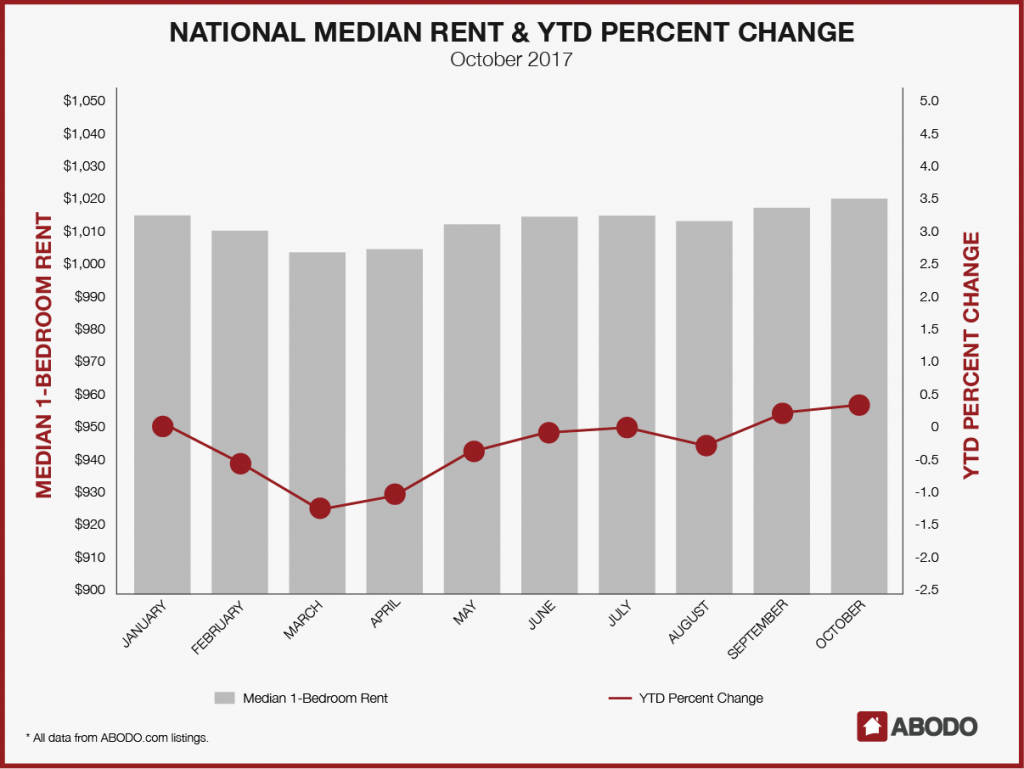 The top three cities with the largest rent raises are surprisingly identical to our top three from September’s report: Cleveland, OH (9.9%); Santa Ana, CA (8.2%); and Colorado Springs, CO (6.4%). Cleveland, after seeing several months of consistent decreases at the start of the year, has lately seen steep increases for an increase of $110 since January.

The next three cities with the highest increases, interestingly, are also in Ohio, California, and Colorado: Fresno (4.3%), Denver (4%), and Cincinnati (3.8%). 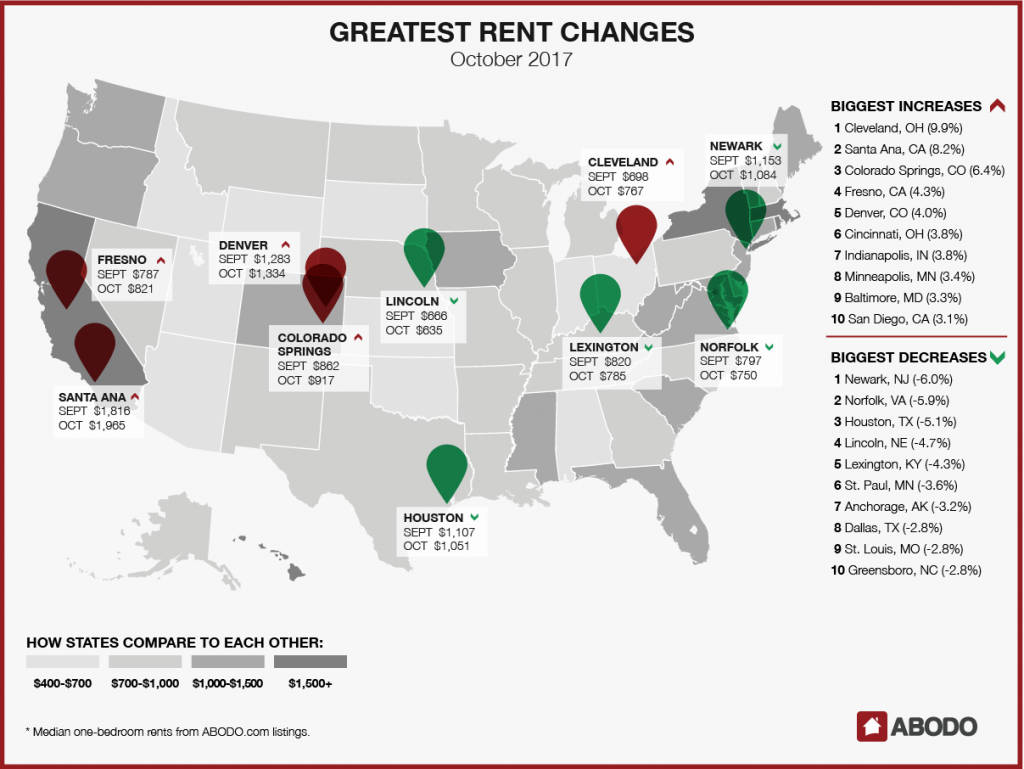 Decreases going into October are not as large as the increases, but are still fairly significant. Newark, NJ, saw rents go down 6%, while Norfolk, VA, was closely trailing at -5.9%. Houston holds its #3 spot from September, with rents there decreasing another 5.1% for the start of October.

The highest rents in the country are many of the same suspects: San Francisco, forever undisputed, tops the list with $3,269 — an increase over our September report. 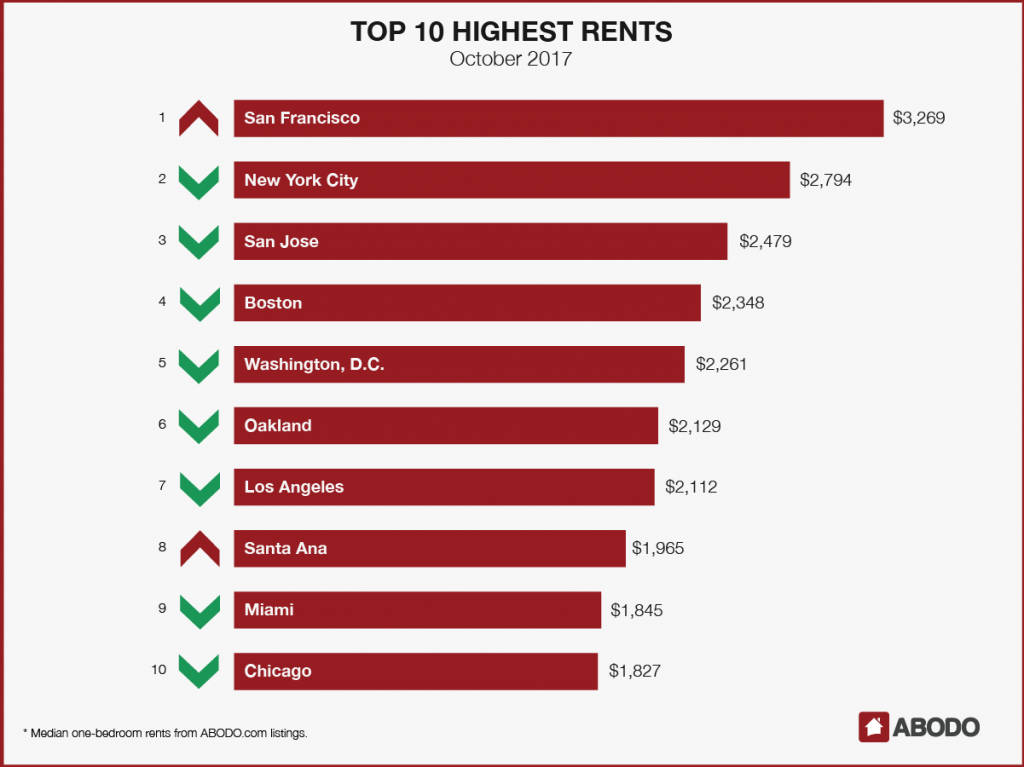 The rest of the top five — New York City, NY; San Jose, CA; Boston, MA; and Washington, D.C. — all maintained their rankings from September and enjoyed some slight decreases. The rest of the top 10 largely juggled around their spots, but Santa Ana, CA, booted Honolulu, HI, from the list and climbed from #11 to #8 with a median one-bedroom rent of $1,965.

Is October the zenith of 2017’s rents? Or is there nowhere to go but up? As temperatures fall, typically, so do rents. Only time will tell.