Nationally, rent prices increased slightly in April, with the median one-bedroom rent rising to $1,012 per month. That’s the highest it’s been since January’s figure of $1,016, and represents an overall decline since the beginning of the year of .39%. 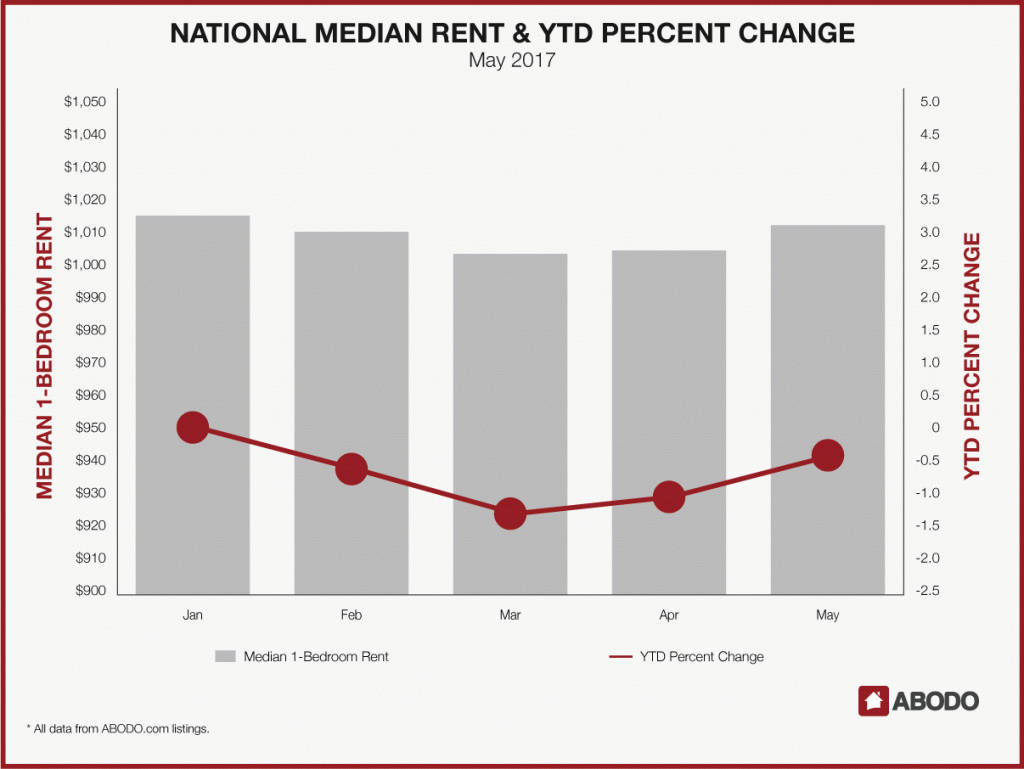 Those declines might seem steep. One explanation: In order to better approximate what an apartment-seeker would experience when looking for a place to rent, Rentable collects data only on active listings currently on the market, which can vary widely month-to-month, depending on supply. 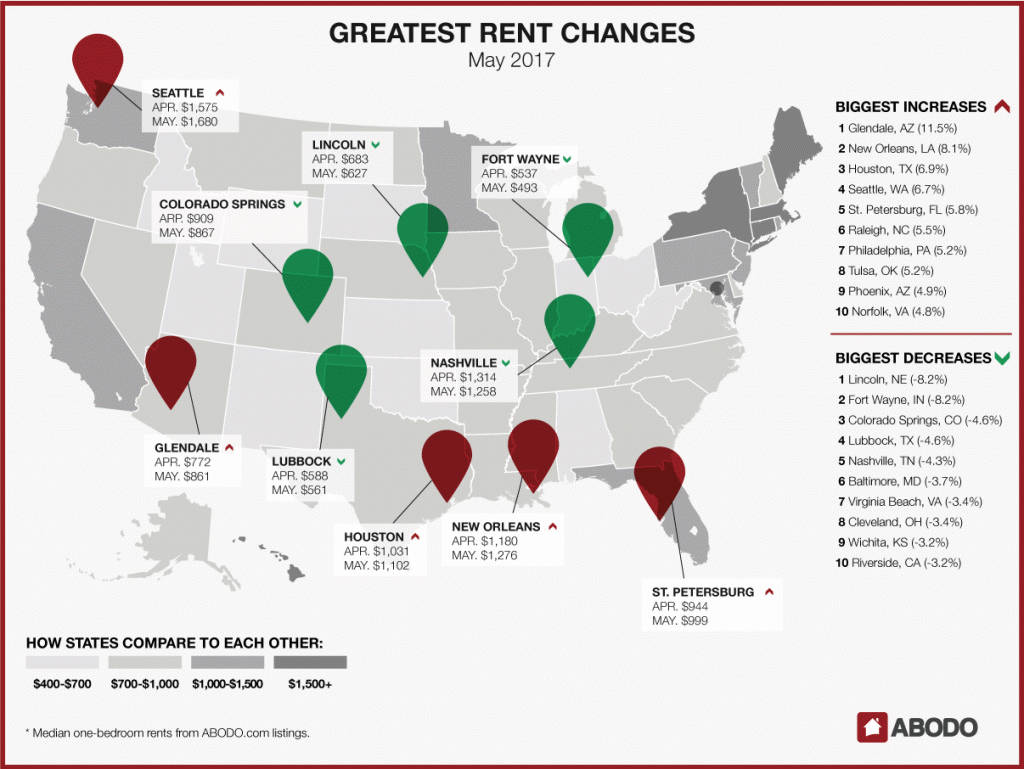 The rest of the biggest decreases were more minor, between 3% and 5%. A number of cities — Lubbock, TX (-4.6%); Nashville, TN (-4.3%); Cleveland, OH (-3.4%); and Riverside, CA (-3.2%) — reprised their places on the list of greatest decreases for the second month in a row. In fact, this marks the third straight month that Nashville, Cleveland, and Riverside appeared on the list of greatest rental falls.

The nation’s largest rental hike came in Glendale, AZ, where one-bedroom median rents rose 11.5% to $861. That marks the continuation of a months-long trend: Glendale rents have increased every month since January, and currently they’re 26% higher than they were at the beginning of the year. New Orleans (8.1%), Seattle (6.7%), and Phoenix (4.9%) also reprise their places on the list of biggest rent increases. 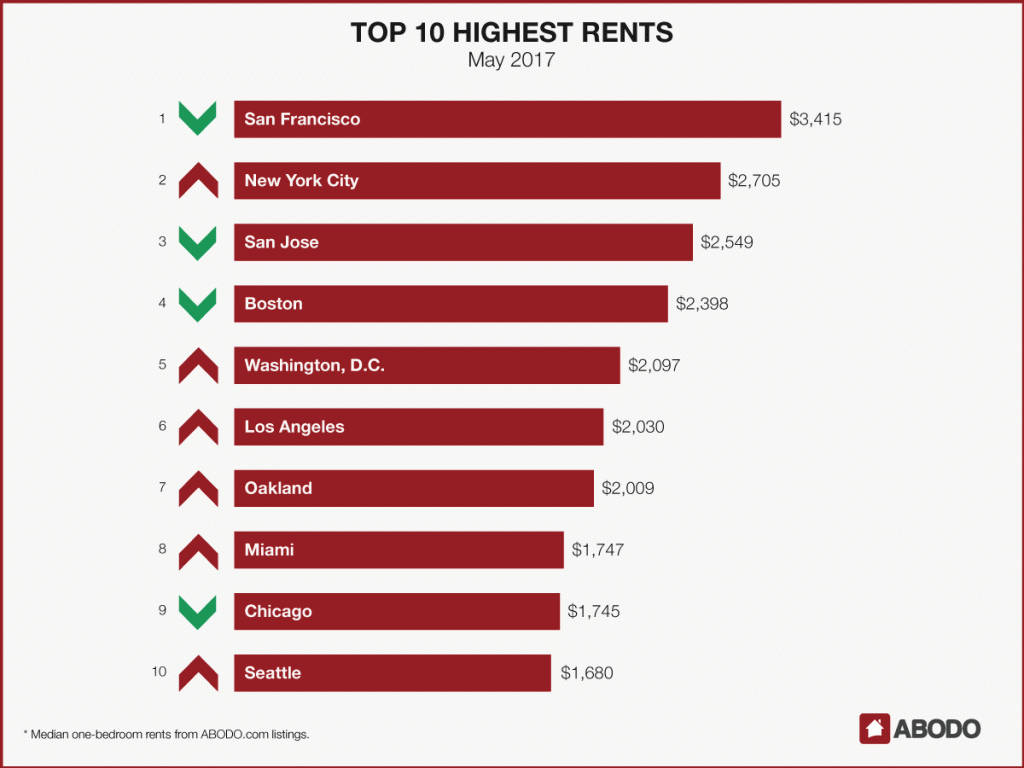