Nationally, rent prices stayed pretty steady in February, falling a mere .03% over the course of the month. That brings the current national median rent to $1,003, a 1.3% decrease since the beginning of the year. 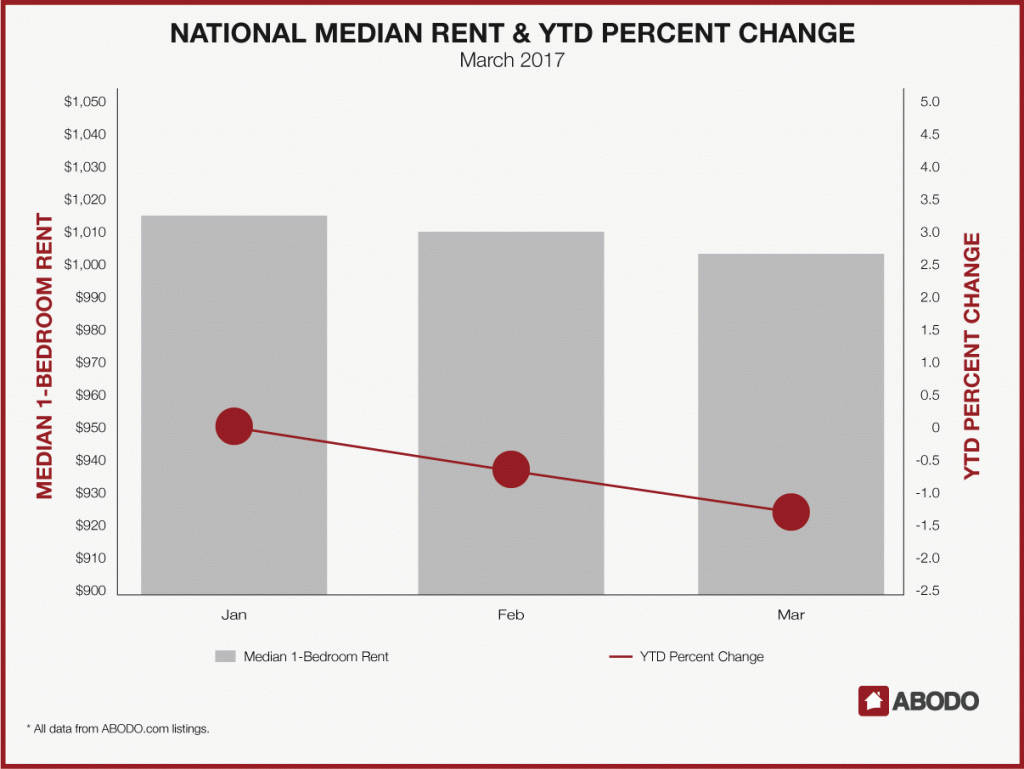 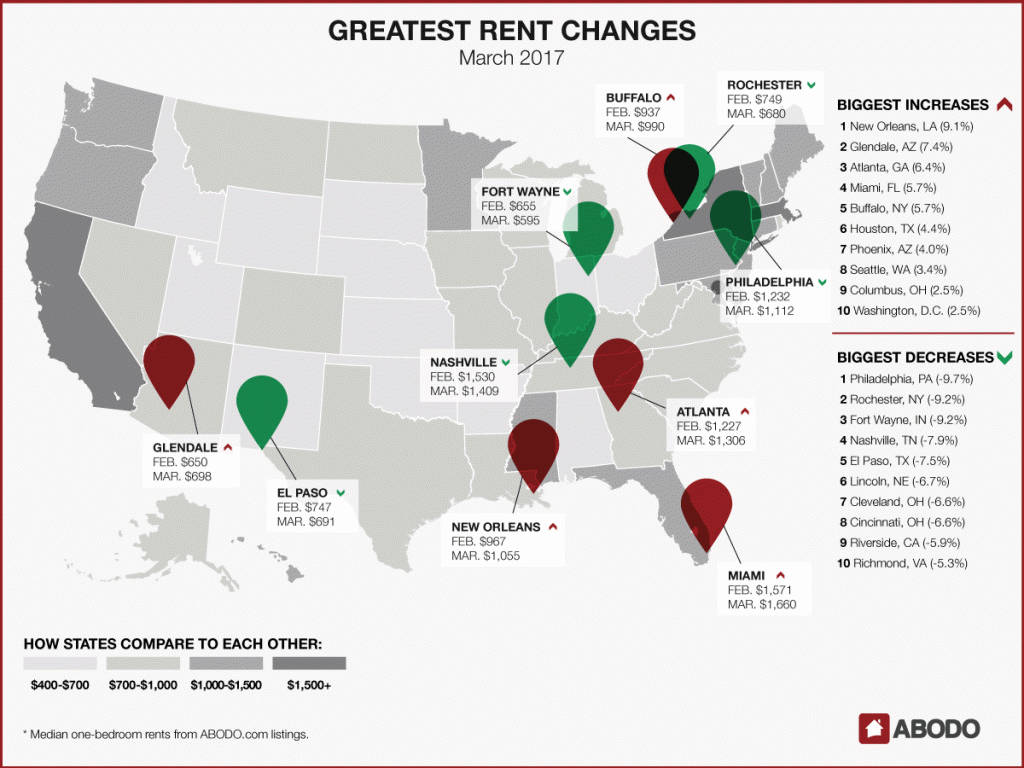 This marks the second consecutive month that Philadelphia, Rochester, and Fort Wayne have experienced significant drops in rent. These cities, along with Nashville, TN (-7.9%); Cleveland, OH (-6.7%); Cincinnati, OH (-6.6%); Richmond, VA (-5.3%); all appeared on last month’s list of greatest decreases, as well.

New Orleans, LA, saw its one-bedroom rent increase 9.1% to $1,055, the largest jump in the country. And although Glendale, AZ (7.4%), and Atlanta, GA (6.4%), both experienced notable gains for the second straight month, the majority of rental increases were more modest. 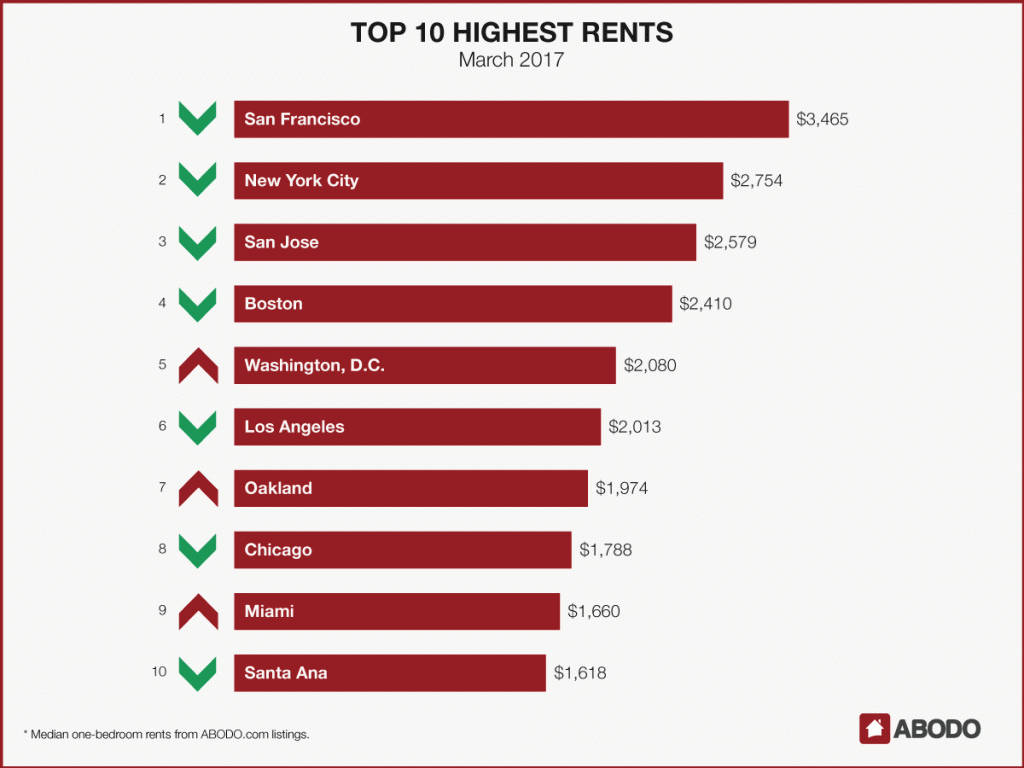