These are significant monthly increases, and one-bedrooms are up almost 2 percent for the year while two-bedrooms have gained over 1.5 percent. 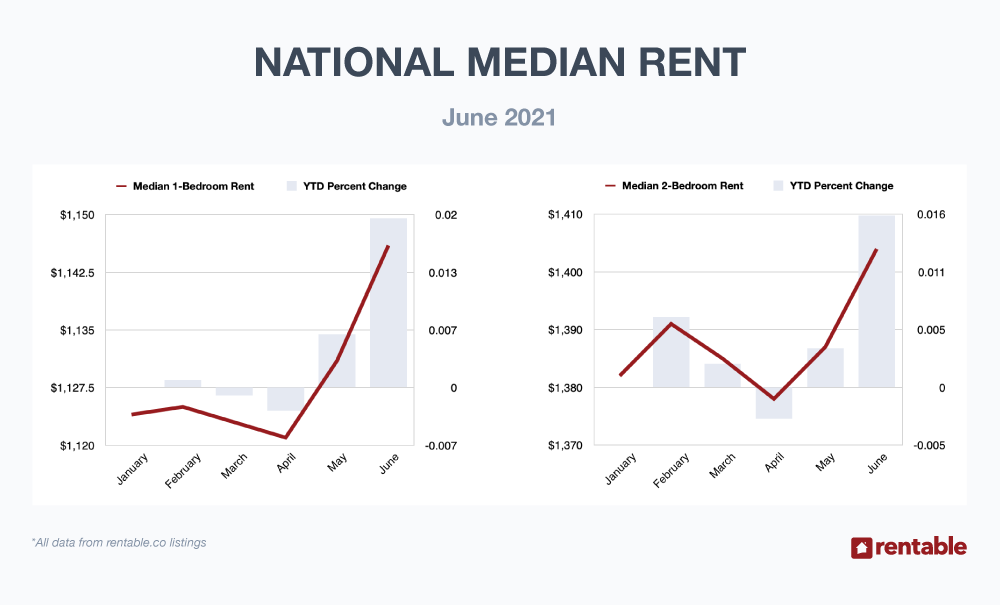 Our top-ten gainers did remain in a tight range as just over 3 percent separated the first-place city from the last, but the losers list was much more active as greater than 8 percent divided the first locale from the tenth.

Price gains on our list after those five cities were more subdued.

The most expensive one-bedroom on our gainers list was Santa Ana, CA while the most affordable was Tulsa, OK at $728. 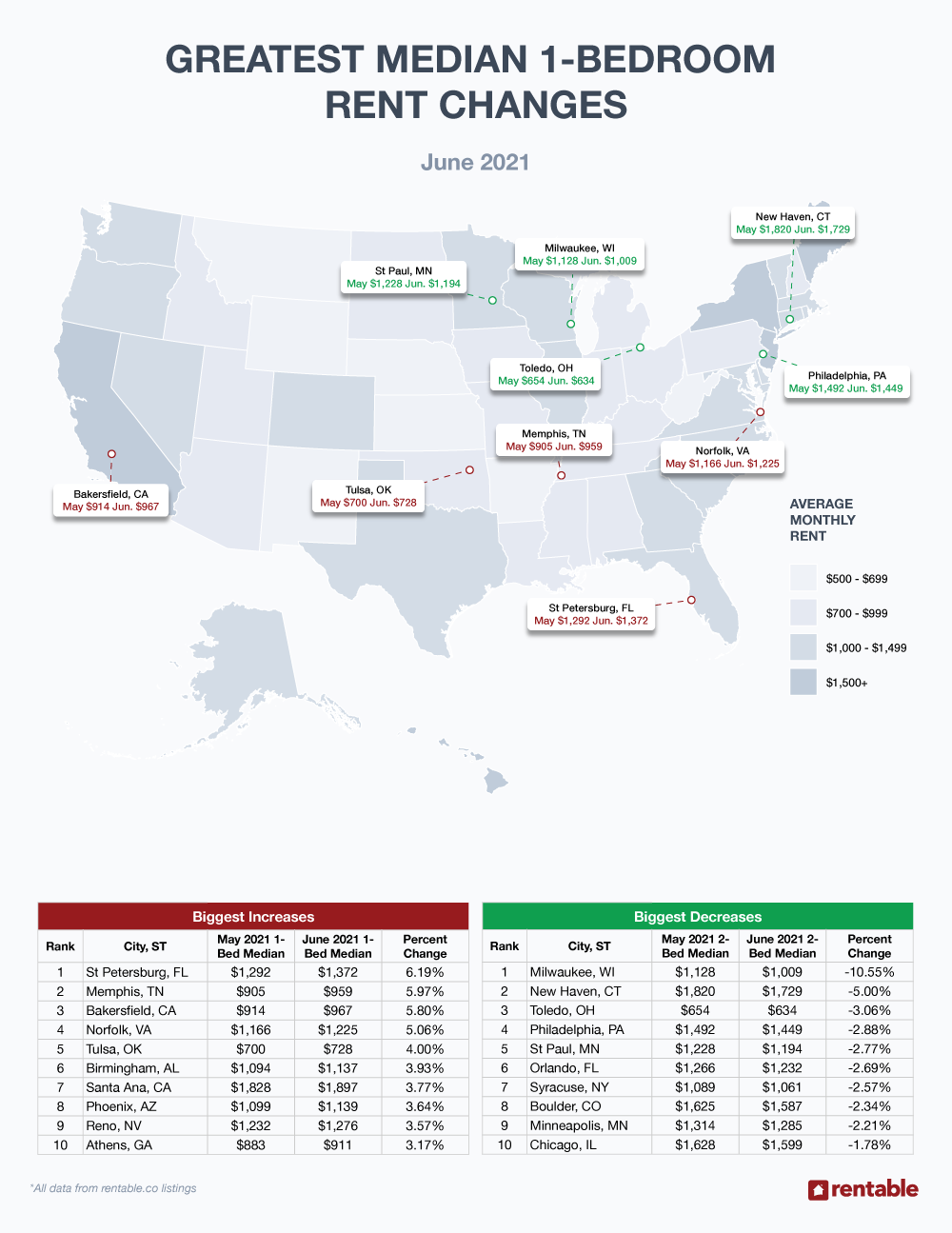 Midwestern gem Milwaukee, WI saw its two-bedroom median rent fall as precipitously as the Milwaukee Bucks 2020 season with a big loss of 10.55 percent to $1,009. New Haven, CT fell again in June with a loss of 5 percent, and Toledo, OH took third place with a 3.06 percent loss. Philadelphia, PA was close behind with a 2.88 percent drop to $1,449.

Those looking for pure value should head to Toledo, OH where a one-bedroom apartment rented for a pleasantly low $634. New Haven, CT was the priciest one-bedroom on our losers list at $1,729.

Memphis, TN was the cheapest two-bedroom median rent on our losers list at $1,023, while Santa Ana, CA took the prize for the priciest at $2,593. 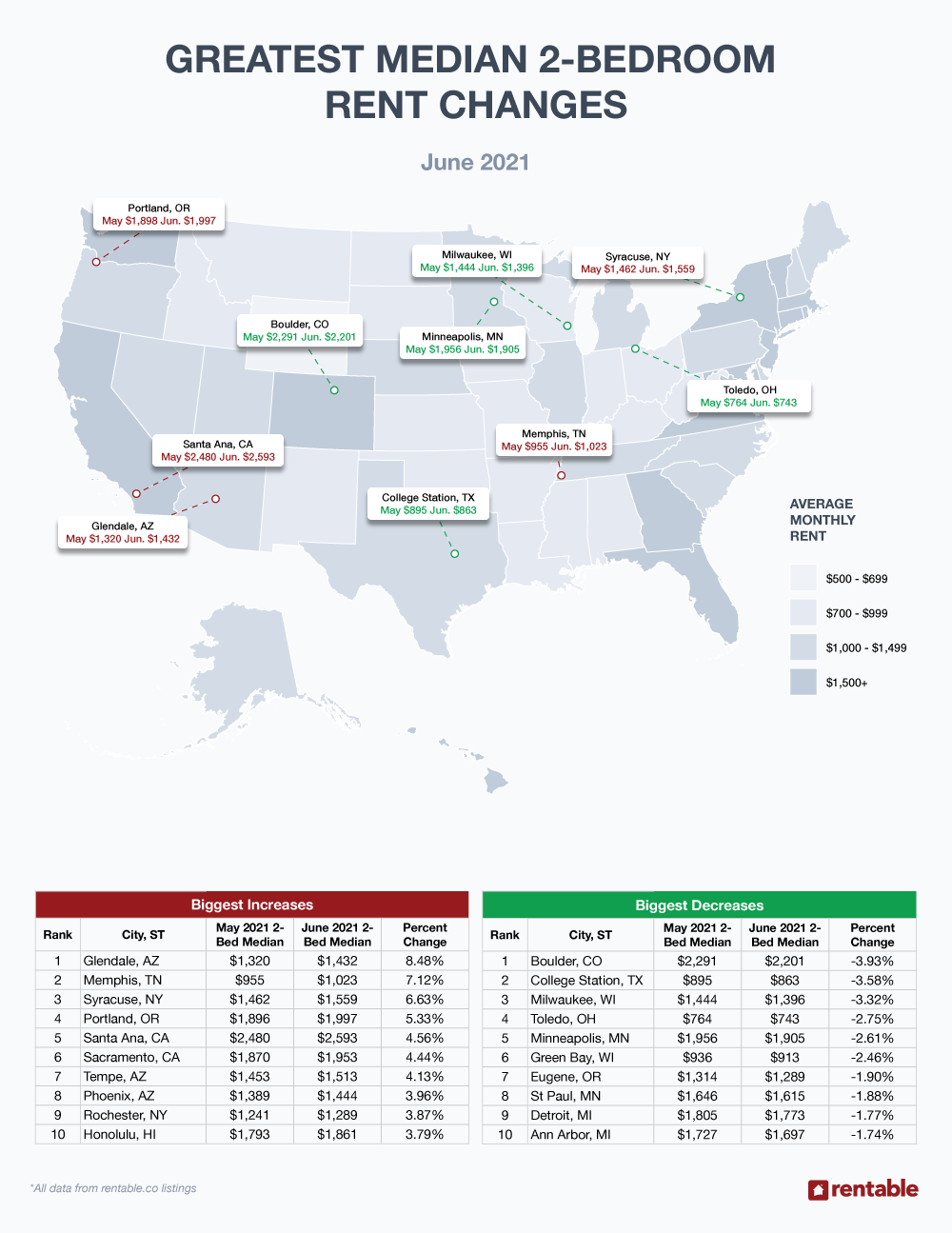 Note that eight of the ten cities that appeared on our top ten losers list were located in the rust belt.

The pandemic looks to be on the run as the economy tries to conquer the supply and pricing challenges of a post-pandemic era.

Inflation has reared its ugly head as consumers experience sticker shock at the grocery store, car dealerships, and big-box home supply stores. On top of that indignity, shortages of many products continue to plague the retail landscape. Computer chips are hard to find, and subsequently, partly finished autos are being stockpiled as they wait for component parts that will energize their computers.

The price of oil, seemingly driven by a perceived higher future demand, has comfortably climbed over the $60 per bbl. range. When the price of oil rises, any goods made with petroleum products become more expensive, and that also leads to inflationary pressure.

So, what does all of this mean for July apartment rents? Any business owner knows that one of the most convenient excuses for a price increase is inflation. With rapidly rising costs, it is easy to jump on the bandwagon and declare that because of inflation, rents must move higher.