National median one- and two-bedroom apartment rent prices rose slowly in February as one-bedroom units gained a paltry 0.09 percent to a median $1,124 while two-bedroom spaces rose 0.65 percent to $1,391. No city moved more than 8 percent in any of our top ten loser and gainer lists—a strong indication of a lackluster market.

We are still seeing the Covid-19 induced trend where San Francisco, CA and other big-city median rents continued to tumble providing relief for renters, similar to how sellers are offering massive concessions, while smaller towns like Eugene, OR saw solid increases. 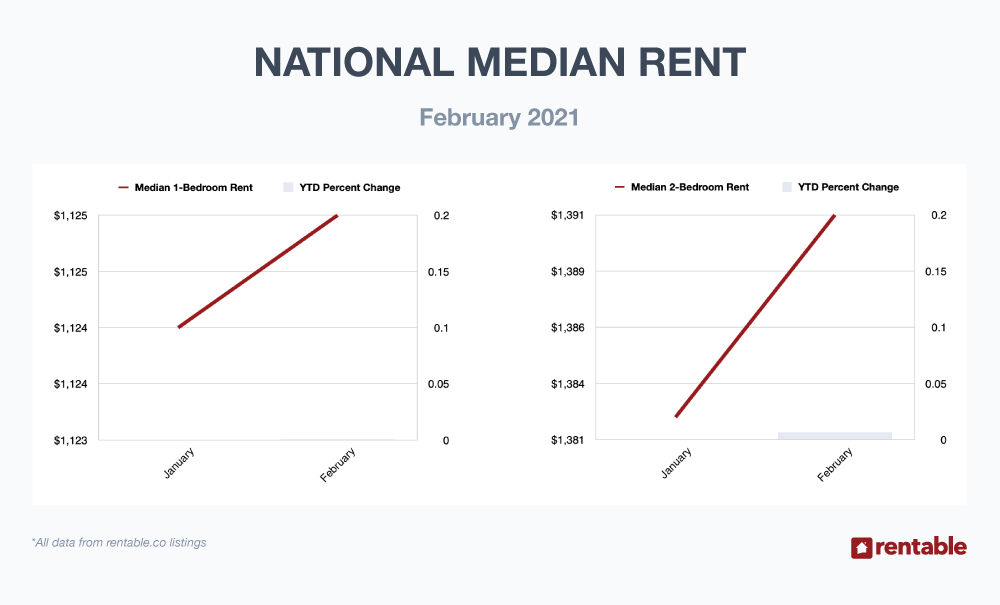 As we just mentioned above, Eugene, OR led our one-bedroom gainers list with a solid 7.01 percent gain to a median $1,176. College Station, TX followed with a 6.34 percent gain, and that was it for the big one-bedroom moves.

The most expensive one-bedroom on our gainers list was New Haven, CT at $1,869, while the most affordable was Toledo, OH at $610.

Those looking for pure value should head to Columbia, MO where a one-bedroom apartment rented for an amazingly low $585. And even as its median rent continues to decline steadily each month, San Francisco, CA was the most expensive one-bedroom on our list at a still lofty $2,633.

We saw tight ranges in both our 2-bedroom gainers and losers lists. Just over 3 percent separated the first and last place cities on our gainers list, and our decreasers reported a spread of less than 2.5 percent. This simply means that the market is not moving with any strength in either direction.

Toledo, OH was the cheapest two-bedroom median rent on our losers list at $803; Detroit, MI took the prize for the priciest at $1,653. 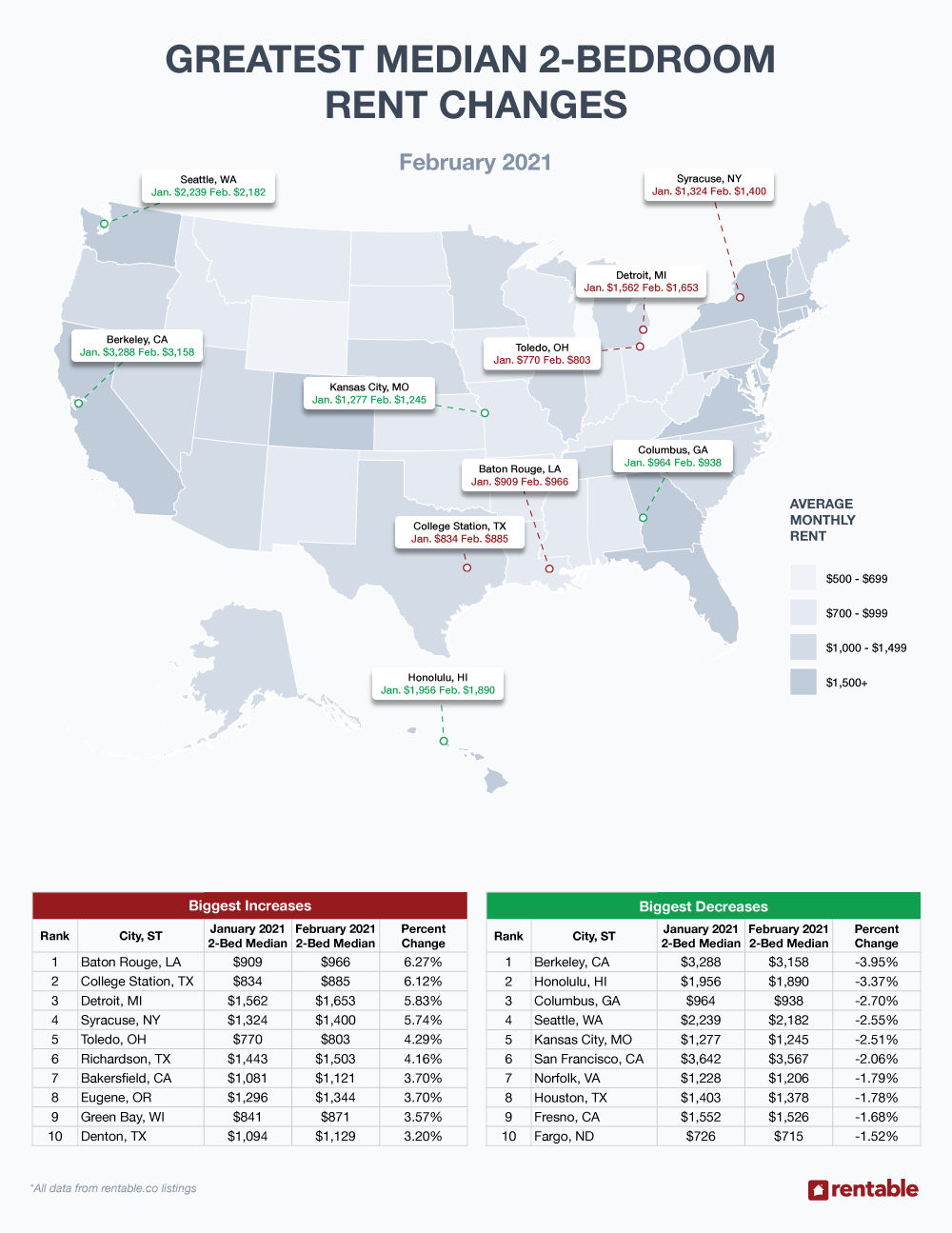 Fargo was a great two-bedroom value at only $715, and San Francisco was still expensive even after months of decline at the aforementioned median price of $3,567.

With the election and 2020 behind us, many were looking for a magical switch that would instantly propel the economy forward while minimalizing the effect of the pandemic. Unfortunately, uncertainty prevails, as the vaccine rollout has been rocky, and the stock market has been anything but orderly. Interestingly, oil prices have firmed and crossed the $50 barrier as the oil market views Biden’s presidency as a precursor to tightened supplies and increased U.S reliance on foreign oil. In addition, new national eviction restrictions are being rolled out.

We recently stated that “if there are no massive world-wide near-term disasters, we feel that national rent prices will continue to rise modestly. If there is more bad health or economic news, however, we could see stagnant rental prices at best.”

For the near term, we are holding that line with a pensive nod to negative economic trends as GameStop-led market volatility, massive government spending, Covid-19 variants and general malaise have us concerned. A good economy equals strong rent prices, but we are worried about the near-term.

Be sure to tune in next month for our March update.