Skip to content
Follow @rentableapts
Nationwide, rents have been on the increase since August 2017, but February brings slight relief — at least to renters of one-bedroom apartments. The national median rent for one-bedrooms dropped from $1,046 to $1,044, marking the first decrease in six months.

Although national one-bedroom rents decreased just .2%, some cities felt a much larger decline. Syracuse, NY, had the largest rent drop in the country, with rents sliding nearly 11% through January. Santa Ana, CA, also saw a significant decline of 9.1%, with one-bedroom rents there dropping from $1,841 to $1,673. One-bedroom apartments in Minneapolis, MN, and St. Louis, MO, slid nearly 4%, followed by Cincinnati, OH, one-bedrooms, which slid from $824 per month to an even $800, for a 2.9% drop. 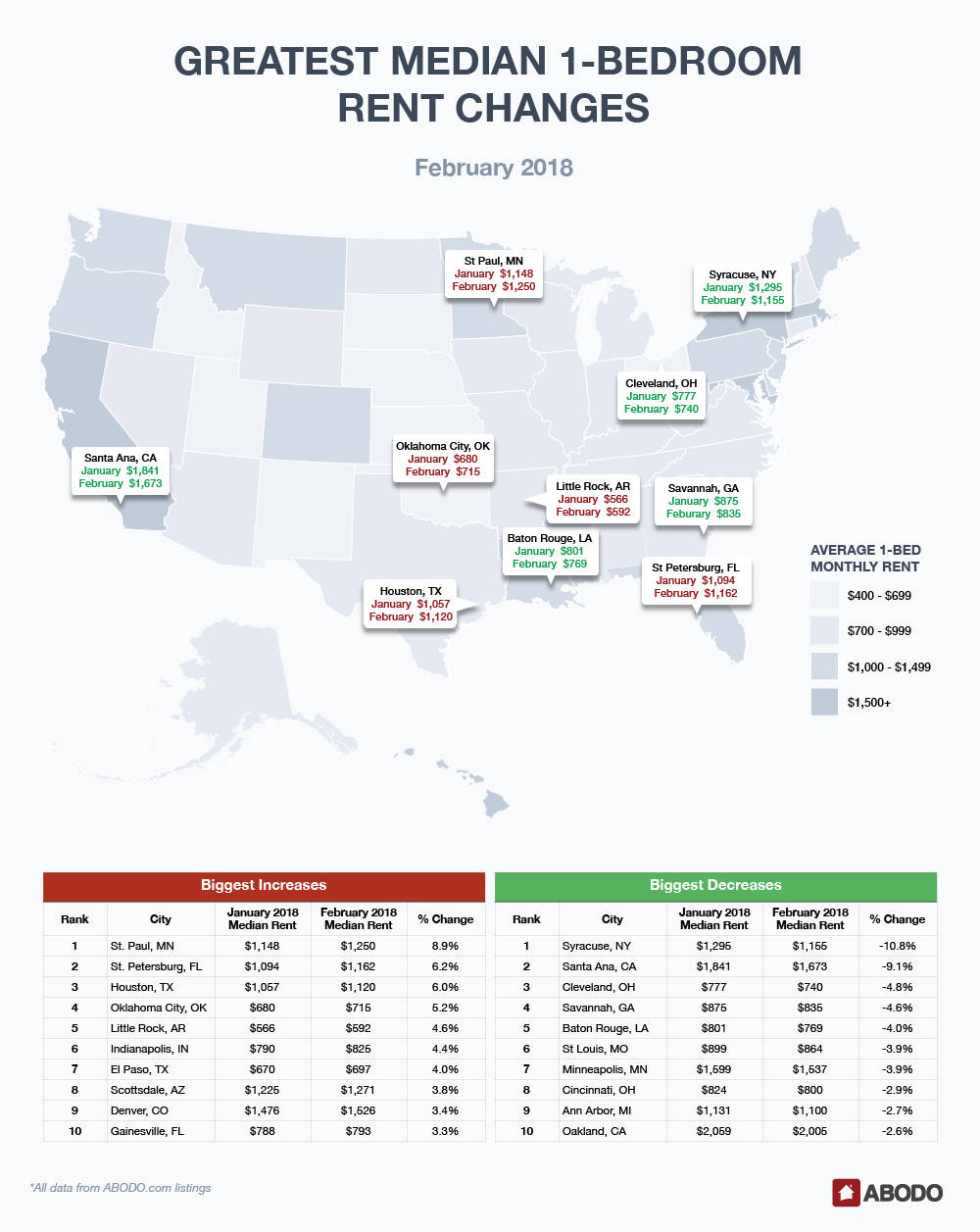 The one-bedroom rent increases throughout January were smaller, with St. Paul, MN, seeing the largest jump, up 8.9% from $1,148 to $1,250. St. Petersburg, FL, and Houston, TX, apartments saw the second- and third-largest increases, both around 6%. Oklahoma City, OK; Little Rock, AR; Indianapolis, IN; and El Paso, TX, were the only other U.S. cities that saw increases of 4% or more.

Aside from the increase in St. Paul, MN, the Midwest had a mild month for one-bedroom rents, with apartments in Milwaukee, WI, and Madison, WI, both down 1.4%, and Chicago, IL, down .8%.

Only three cities saw no change between January 1 and February 1: Detroit, MI; Colorado Springs, CO; and Baltimore, MD. All three of those cities saw decreases in January, which could signal that these markets are in for increases come March.

Renters of two-bedroom apartments, however, were dealt a sixth consecutive month of rent increases, seeing rents jump .3% throughout January, from $1,254 to $1,258. 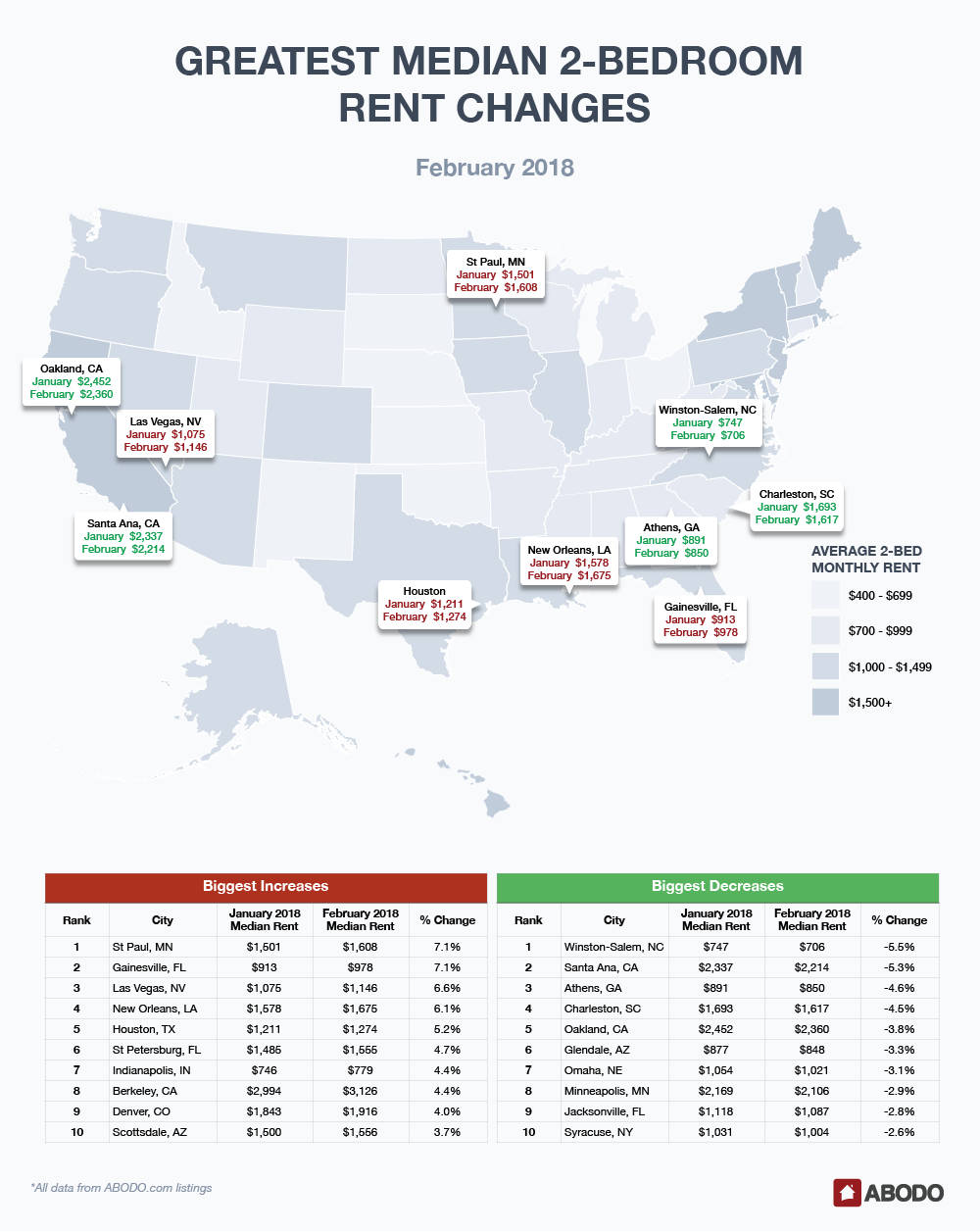 Decreases for two-bedroom apartments throughout January were modest at best, with four of the top 10 landing in the southeast. Winston-Salem, NC, saw rents drop 5.5%, followed by Santa Ana, CA (-5.3%); Athens, GA (-4.6%); and Charleston, SC (-4.5%). Syracuse, NY — which topped our list for one-bedroom decreases, drops to 10th place for two-bedroom apartments, with a drop of 2.6%.