October and November now look like a short-lived two-month hiatus from rent increases as December one-bedroom prices rose nationally by .57 percent or a modest $6. 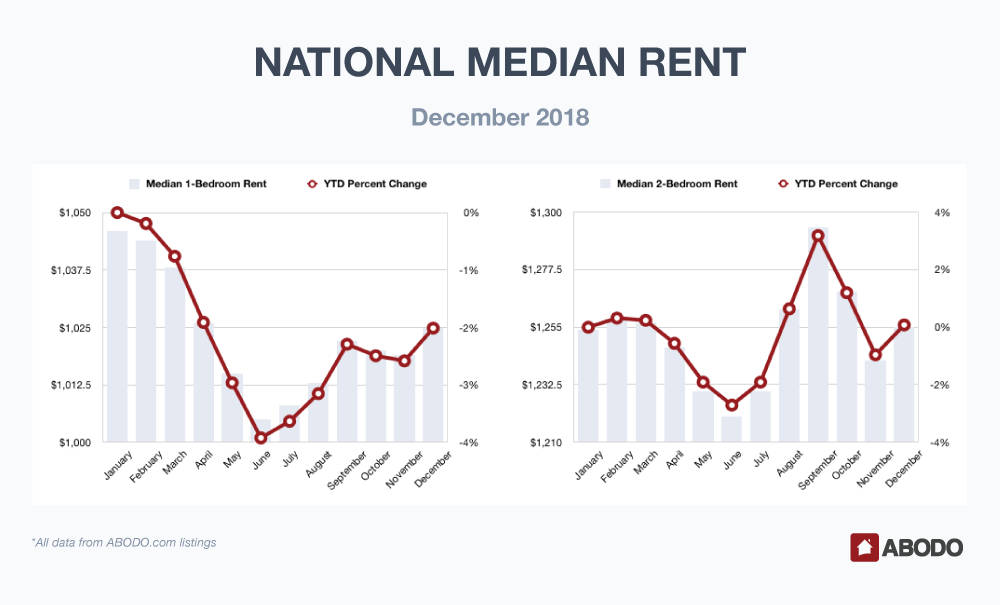 Two-bedroom units rebounded slightly, also close to their January levels with a $13 or .08 percent increase. These minimally meandering prices don’t look like they are trying to break out of the 2018 doldrums, however.

Let’s get specific. Sometimes we see a statistical anomaly like the top ten December increaser, Jacksonville, FL, with a strong move of $102.00 or 12.6 percent. Music City Nashville, TN came in a strong second with a 10.4 percent increase.

Baton, Rouge, LA, Charleston, SC and Colorado Springs, CO called in increases of 5.3, 5.0 and 4.0 percent respectively. Conspicuously missing was Milwaukee WI, as WI average state rent declined in December by an average of $16.

The top losers were significant as Columbus, OH and Rochester NY lost around 9 percent. Dwight Yoakum’s favorite, Bakersfield, CA came in third with a 5.7 percent decrease to $709, and Athens, GA pulled up in fourth place as median two-bedroom rents there decreased by 5.4 percent.

The next four cities were tightly bunched as Tampa, FL, Fargo, ND, Los Angeles, CA and El Paso, TX all reported increases within the 4.0 to 4.4 percent range.

Scottsdale, AZ came in 9th with a modest 3.9 percent increase, and Colorado Springs rounded out the top ten increasers with a similar 3.8 percent rise. 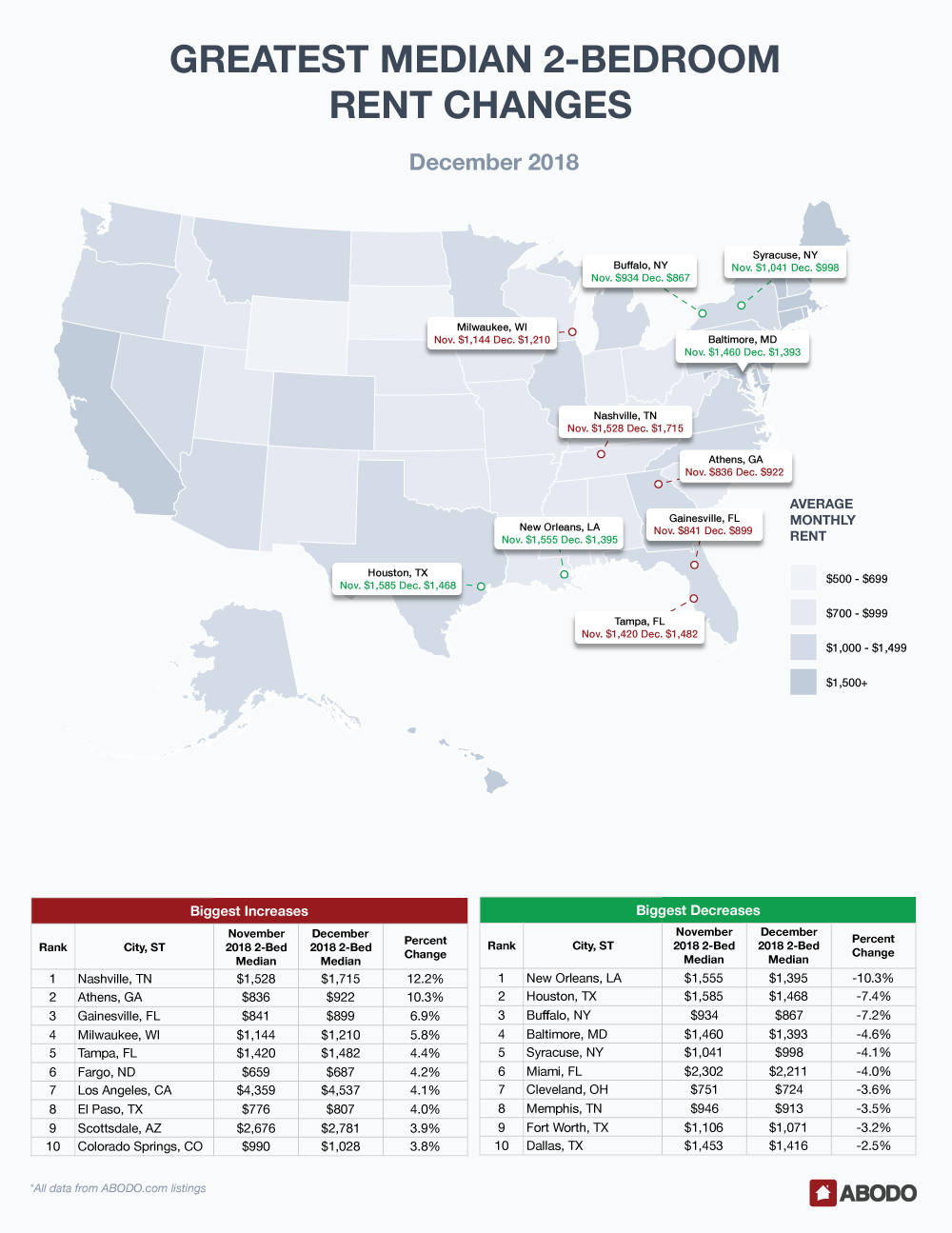 The Saints are doing well, but New Orleans two-bedroom units led the losers with a big 10.3 percent loss.

Houston, TX and Buffalo, NY were not even close, though they posted 7.4 and 7.2 percent respective declines. Baltimore, MD, Syracuse, NY and warm Miami, FL all lost between 4.0 and 4.6 percent, although Miami’s median two-bedroom rent that clocked in at $2,211 per month is still high.

Cleveland OH, and Memphis, TN showed almost identical 3.6 and 3.5 percent decreases, and two Texas towns—Fort Worth and Dallas—decreased by 3.2 and 2.5 percent.

The national economic picture looks tenuous as we move through December. Oil prices that we reported would stoke inflationary fears at their previous level in the mid-70s took a crash-worthy tumble to just over $50 per bbl.

When gas is cheaper, consumers have more discretionary income, and those per gallon prices that were nearing or over $3.00 per gallon have precipitously dropped to even under $2.00 in some Texas locations.

The stock market also looks weak, and that may temporarily halt the Fed’s string of interest rate increases. With a possibly weaker economy, less threat of inflation and stable interest rates, we’re just not feeling much rent movement moving into the winter months. We’ll also see if what seems like an early winter will put a damper on January rents.