National median one-bedroom rents in early 2017 steadily fell from the January high of $1,016. In September, however, that trend changed and rents started to consistently rise, jumping to $1,020 in October and $1,032 in November. For our December 2017 report, the national median rent price for a one-bedroom apartment is up to $1,040, a 2.4% increase over January’s prices. 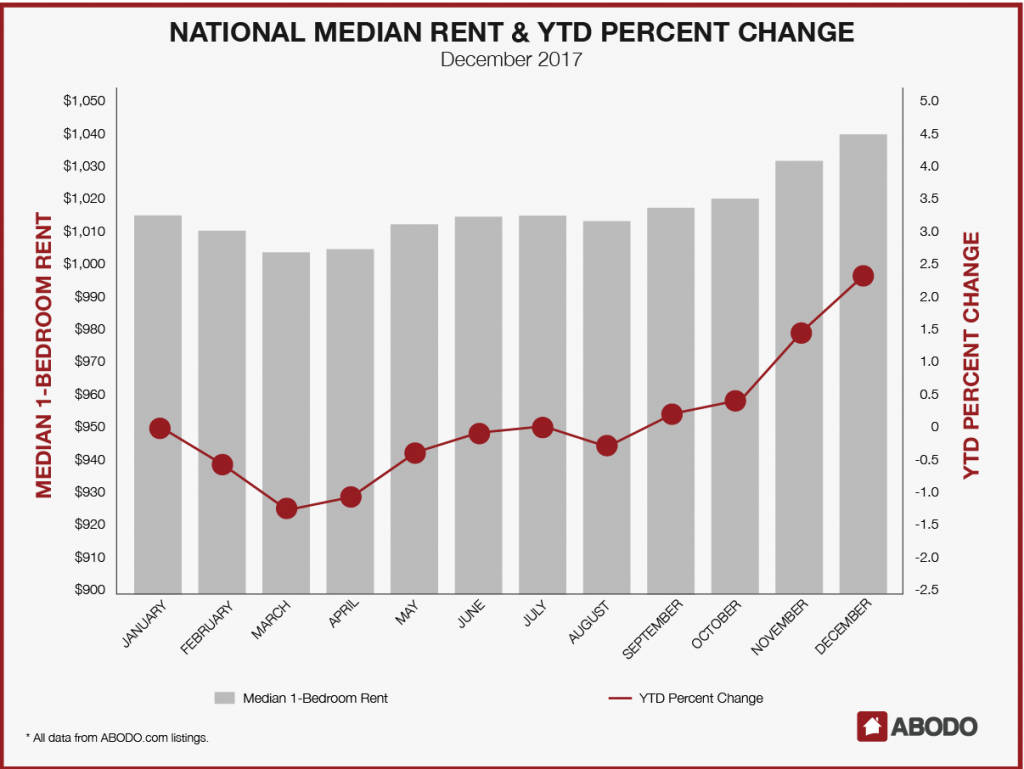 This late-year spike is atypical from what we’ve seen in previous years. For example, in 2016, rents spiked in September, as many students lock in their housing for the upcoming school year, and then slowly jogged their way back down toward the end of the year. What this unyielding upward trend means for 2018 rents is yet to be seen.

Some U.S. cities felt the latest nationwide rent hike more than others. Newark, NJ, saw the country’s largest month-over-month increase since our November report, with rents there jumping nearly 13%, up to $1,170. Corpus Christi, TX, comes in second, with a 9.8% increase, followed by St. Paul, MN (7.4%). Despite the recent jump, apartments in St. Paul are still cheaper now than they were at the beginning of the year. Reno, NV, saw rents jump another 6.5% between November and December, now up to $945 from a January price of $676. 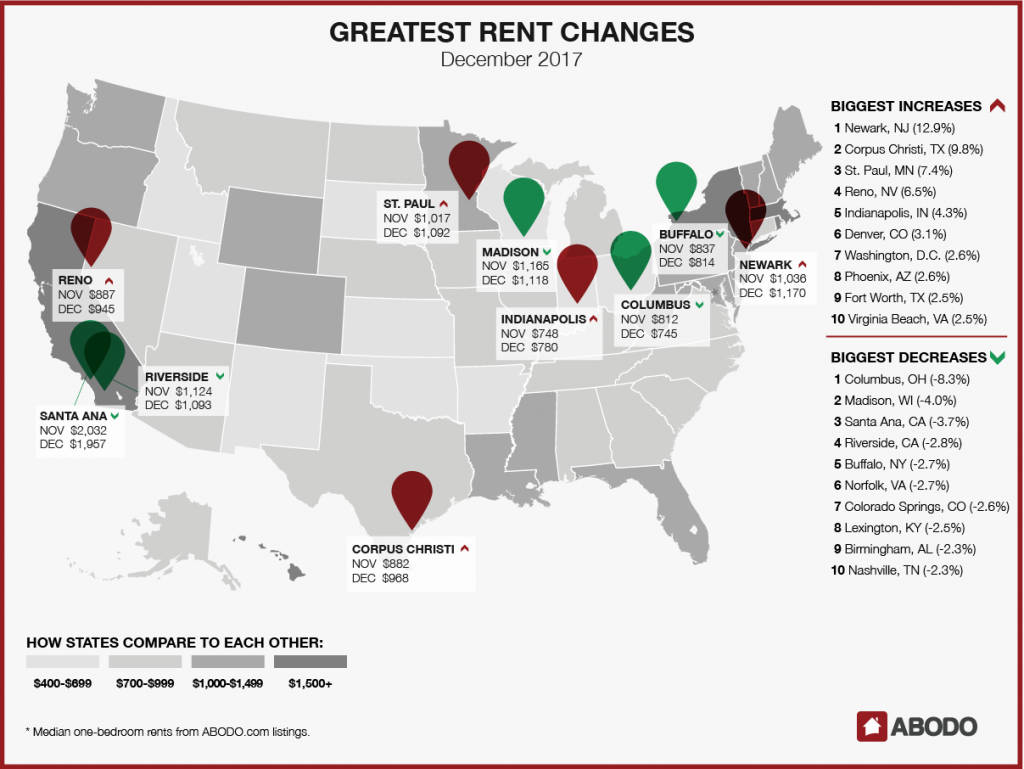 As reflected in the steep national rise, the country’s largest rent decreases are dwarfed by the increases. Whereas the largest city increase was nearly 13%, the largest decrease is just over 8%, for Columbus, OH, apartments, which marks its second consecutive month in our top five. Rentals in Madison, WI, come in with the second-largest decrease.

Two California cities also got some much-needed rent decreases for December 2017. Rents in Riverside dropped 2.8%, from $1,124 to $1,093, and dropped 3.7% in Santa Ana, from $2,032 to $1,957. Despite having the third-largest decrease, Santa Ana holds its place as one of the most expensive rental markets in the country.

San Francisco, with rents just about $1,300 more than Santa Ana’s, still has the highest rents in the U.S. New York City and San Jose also haven’t budged, with apartments renting for $2,786 and $2,397, respectively.

In fact, much of our top 10 list remains the same as in our November report, save for a Washington, D.C. surpassing Boston, MA. However, eight out of those 10 cities enjoyed slight decreases over November’s rents. The only two to get no relief: New York City and Washington, D.C.