Nationally, one-bedroom rent prices took a step down for February, dropping an average of .65% since the start of the year.

By far, the greatest rent cost drop was in Rochester, NY, which fell 8.7% in February, down to a median of $707 from January’s $774. Two Pennsylvania cities took the next two largest drops, with one-bedroom rents in both Pittsburgh and Philadelphia falling more than 6%. Ohio also sported two of the nation’s largest rent decreases, with Cleveland’s one-bedrooms costing 4.7% less this month, and Cincinnati’s down 4.4%. 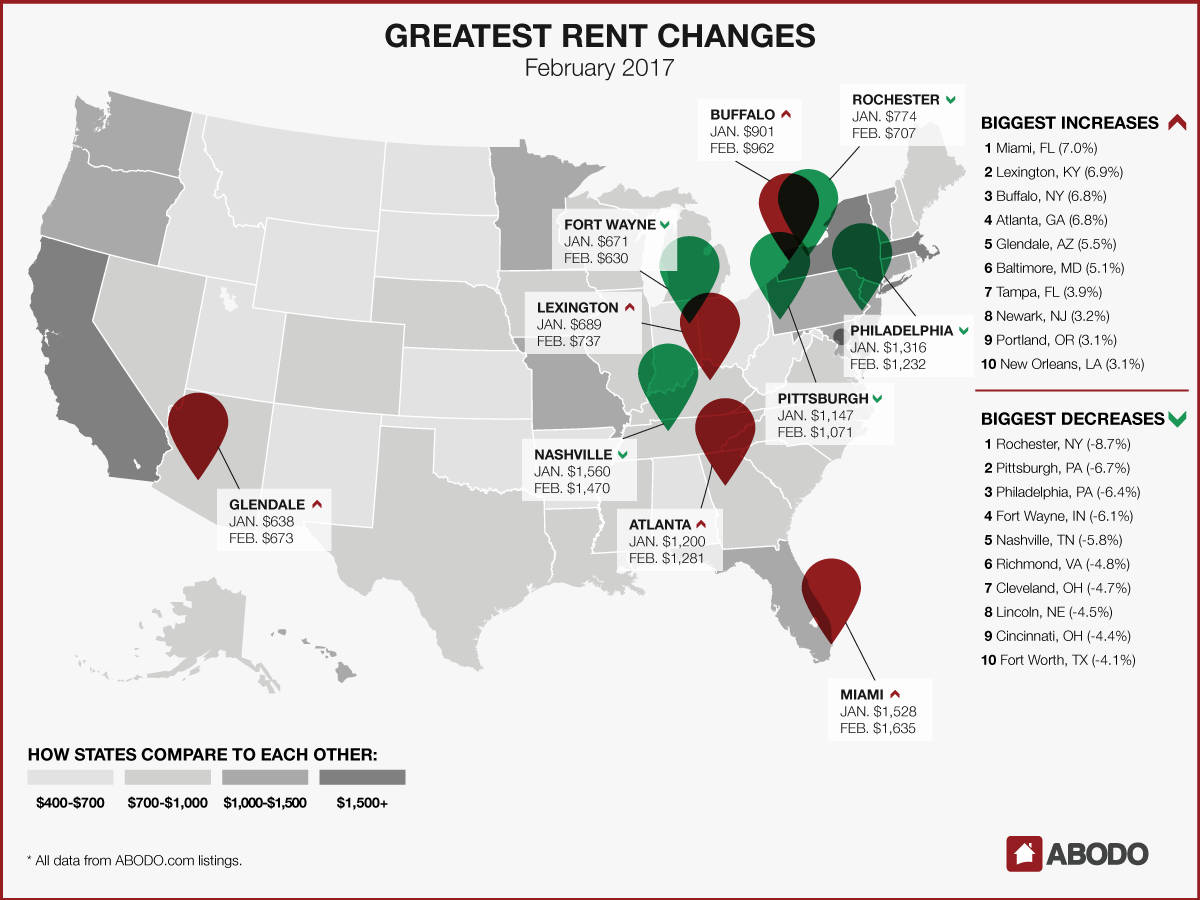 Philadelphia and Fort Wayne, IN (-6%), are enjoying the February rent relief following some of the largest average monthly rent hikes in the nation in 2016.

New Orleans, LA; Portland, OR; Newark, NJ; and Tampa, FL, all saw one-bedroom rent increases of between 3% and 4%, while Glendale, AZ, and Baltimore, MD, both increased about 5%.

The four largest rent hikes go to Miami, FL; Lexington, KY; Buffalo, NY; and Atlanta, GA, which all had increases in median one-bedroom rent of around 7%. In Miami, that means rent jumped up to $1,635 from the January report’s $1,528, earning the #9 spot for the most expensive rents in the country. 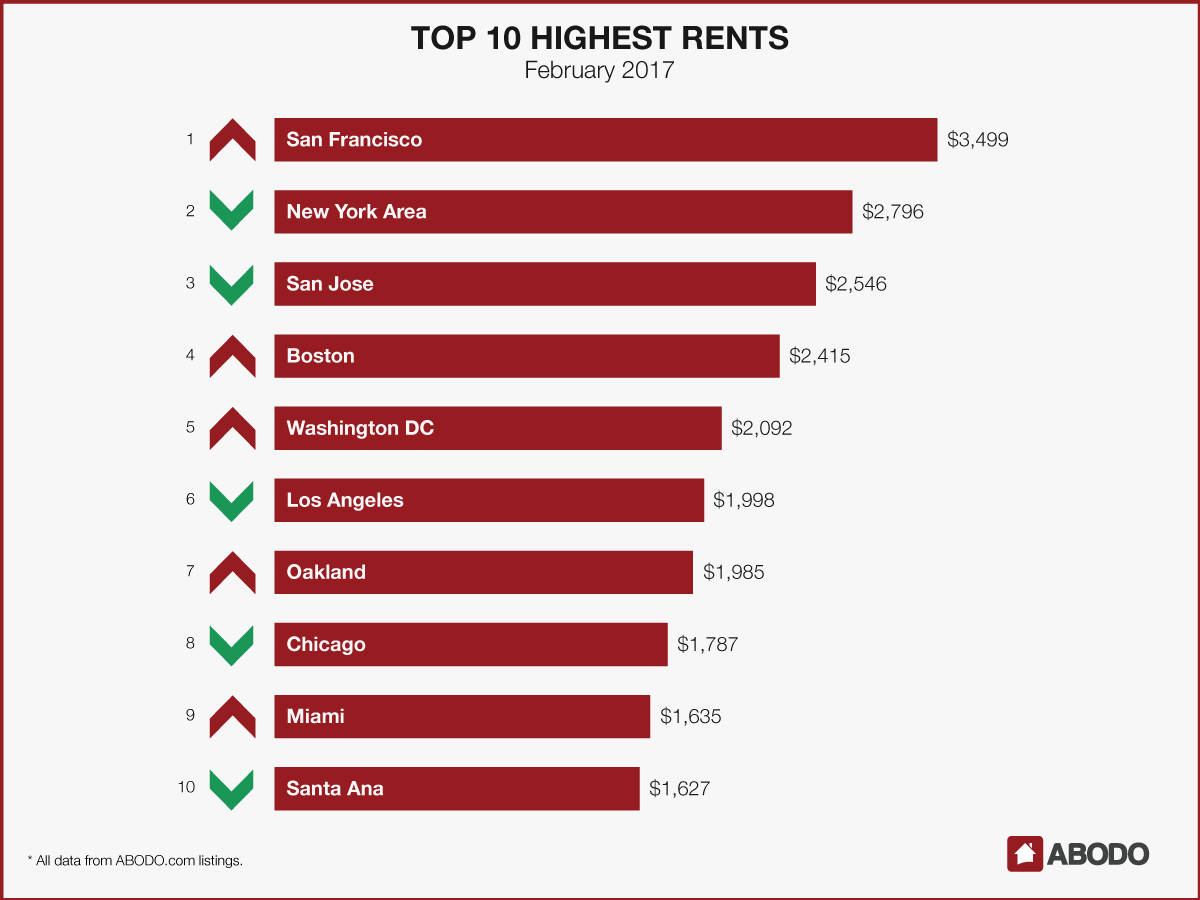 Each month, using over 1 million Rentable listings across the United States, we calculate the median 1-bedroom rent price by city, state, and nation and track the month-over-month percent change. To avoid small sample sizes, we restrict the analysis for our reports to cities meeting minimum population and property count thresholds.

Sam Radbil is the content manager and a contributing author at Rentable. Sam previously worked as a content and media specialist at an Austin, Texas software startup. He has a Bachelor's degree from St. Cloud State University and a Master's degree in strategic communication from American University in Washington, D.C.