We previously indicated that in July, the 2018 rent decrease trend had reversed, and we watched that continue into September. Our October rent report for 2018 brings us different news, however, as median national one-bedroom units decreased a possibly insignificant .2 percent but decreased nevertheless. 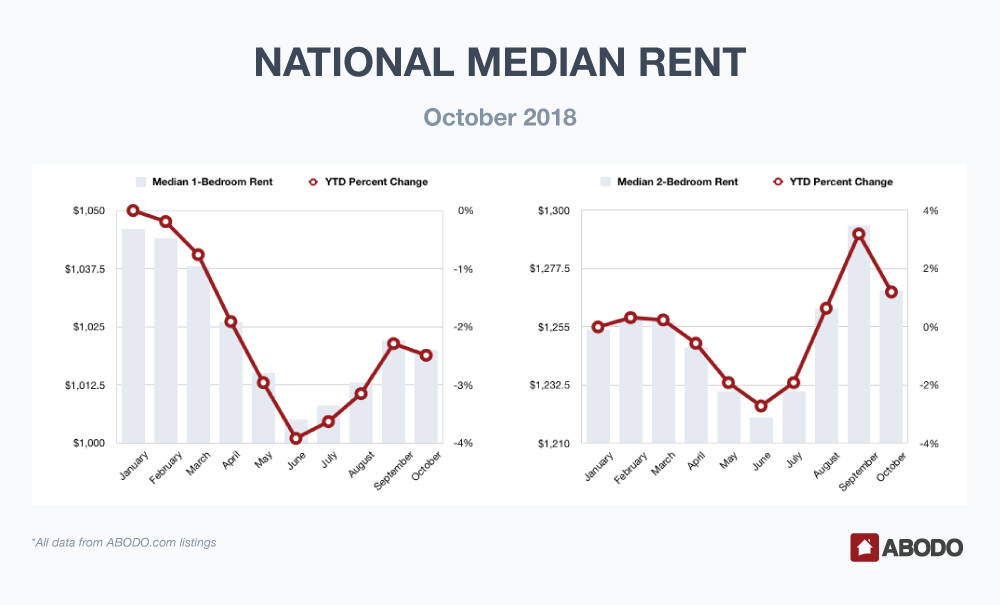 Last month we thought Milwaukee might be an anomaly, but Beer City rents are on fire, with one bedrooms climbing a startling 12 percent. The closest gainer was Las Vegas, NV, reporting a median October rent of $1,298, a gain of 11.1 percent. Incidentally, it now It costs only approximately $100 more per month to live in Las Vegas than to live in Milwaukee.

Dayton, OH, and Los Angeles, CA matched with 5.3 percent increases. Note, however that Dayton’s median $971 price is just about tripled by LA’s $2,852. 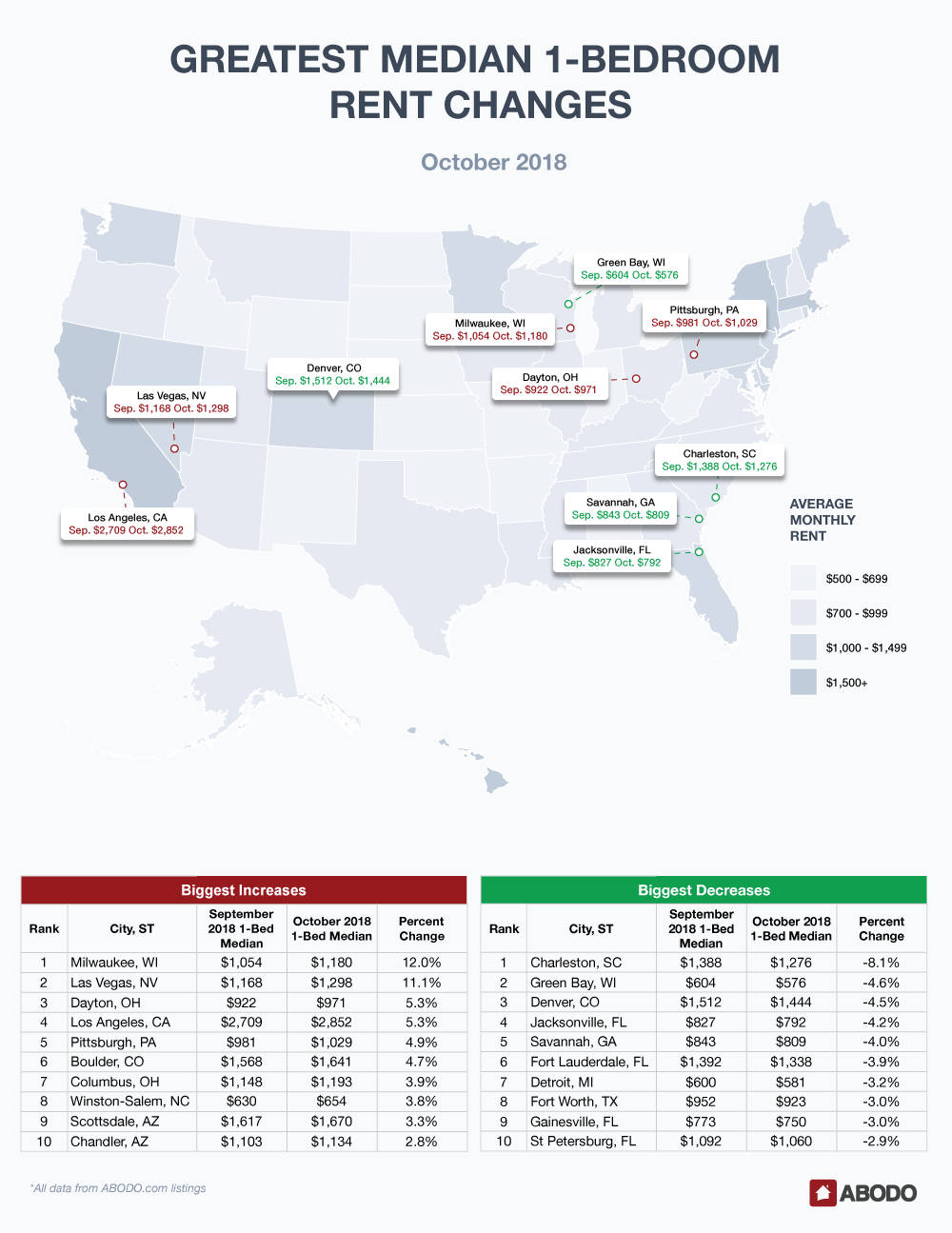 Denver, CO, Jacksonville, FL and Savannah, GA all fell in the 4 percent to mid-4 percent range, and Ft. Lauderdale, FL was just behind with a 3.9 percent decrease.

The last four losers were tightly packed with losses of 2.9 to 3.2 percent, and those cities were St. Petersburg, FL, Gainesville, FL, Fort Worth, TX and Detroit, MI.

In September the Las Vegas, NV median two-bedroom rent was $1,461, and in October it has climbed significantly to $1,612—an increase of 10.3 percent. Long Beach, CA and Scottsdale, AZ weren’t far behind with rises of 8.9 and 9.7 percent respectively.

Dayton, OH and our one-bedroom champion, Milwaukee, WI increased between 5.6 and 6.4 percent.

The bottom five top ten increasers were Chandler, AZ, Houston, TX, Los Angeles, CA, Louisville, KY, and Tallahassee, FL all in the 3.3 to 3.9 percent range. Of these, Tallahassee is the cheapest place to live with an attractive median rent of $949.

Buffalo, NY was next with a modest 4.3 percent loss, followed by Denver, CO with a 4 percent decrease.

The bottom four dippers were tightly bunched as Detroit, MI, Santa Ana, CA, Pittsburgh, PA and Tempe, AZ reported a range of decreases from 2.6 to 2.9 percent.

October Recap: What This Means

Last month we wondered if the upward trend would continue, and even though October has shown a slight reversal, we are still looking upward as the Fed on September 26th again raised interest rates.

The economy is hot, unemployment is low, and inflation is beginning a more rapid increase. All these factors lead us to believe that rents are not going to fall swiftly any time soon.

Tune in next month to see if November’s data validates our prognostication.